Earlier this year, we took a look at Microsoft HoloLens, and explained why it represents the start of something very exciting - an emerging area of technology ripe for exploration by developers, consumers and businesses alike.

Today, at its Worldwide Partner Conference (WPC 2016), Microsoft showcased how one company has been exploring the potential for using its holographic, augmented reality headset to transform a crucial part of its operations. 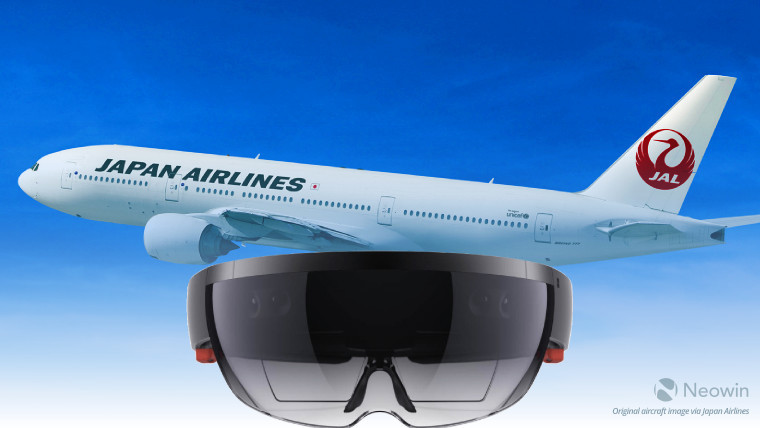 Microsoft has established a partnership with Japan Airlines (JAL) to examine the use of HoloLens for training mechanics and engineers who maintain its fleet of over 170 aircraft. As Microsoft explained today, there's certainly room for improvement in how JAL - like other airlines - educates its mechanics and flight crew trainees hoping to be promoted to co-pilot status:

Currently, flight crew trainees studying for promotion use mainly panels that display photos of cockpit instruments and switches to learn operational procedures in the early stages of their training.

Hands-on training for mechanics often means waiting for an appointment, or an available location, when a plane is in the hangar for maintenance.

To make that happen, “We have to coordinate many things,” including factoring in additional time to deal with tasks such as removing the engine’s cover, known as a cowling, to get to the engine itself, Hayamizu says.

JAL's Koji Hayamizu is senior director of the planning group for the airline's Products & Service Administration Department, and he said today that HoloLens can not only deliver improvements to its training processes, but that it can also "contribute to the safety of our business, which is the most important criteria for airlines."

JAL has developed two proof-of-concept programs to provide supplemental training for its fleet maintenance crew using HoloLens. With it, Hayamizu said, mechanics "can study and be trained just as if they were working on the actual engine or cockpit".

"The engine looks real, in front of you," he added. "Mechanics can learn an engine structure by extracting important parts with the simulation." And in the future, he continued, it may even become "possible for us to bring a whole aircraft into the classroom" by using HoloLens.

At WPC 2016 today, Microsoft offered a glimpse of how JAL is putting HoloLens into action. On stage, it showed how a scaled representation of a jet engine can be introduced into any space with the use of the mixed reality headset:

The engine can of course be scaled up to its full size, allowing every single part of the complex machine to be explored in detail:

This also allows trainers to more clearly visualize the functions of each of those parts, and how they interact with other components. And just as importantly, if not more so, this kind of simulation also allows trainers to highlight essential safety precautions at the earliest stages of training without the hazards of working around a real engine:

Hayamizu said he believes that "HoloLens has advantages and potential" for JAL, and for the wider airline industry", and that the company's early partnership with Microsoft to explore its uses will give his company an edge over its competitors.