Over the last few years, it has almost become expected that smartphones include both front and rear-facing cameras. While the rear camera has been a staple feature of smartphones for well over a decade, front-facing cameras have only recently come into their own, due to the increasing popularity of selfies and video calls. 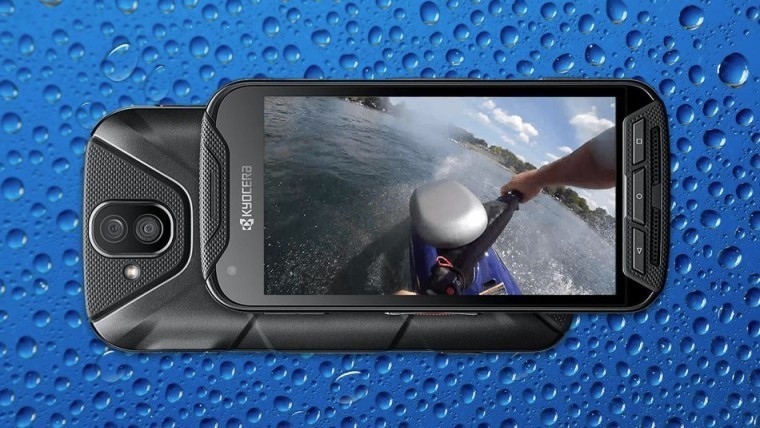 Kyocera's forthcoming military-grade rugged DuraForce Pro will be no exception in this respect, but will differentiate itself from the mainstream with two notable features.

Firstly, the DuraForce Pro will include a third camera dedicated to shooting high quality action stills and video. This 5-megapixel Full HD camera will be paired with a wider 135-degree fixed focus lens, ideal for getting up close to the action. It will also be compatible with mounts for existing standalone action cameras.

The smartphone will also be armed to the teeth with protective countermeasures with both IP68 and Military Standard 810G certifications. This means that the DuraForce Pro will be shockproof, drop-proof, dustproof and waterproof, while being able to survive up to 30 minutes in water up to 6.5 feet of depth. It will also be able to handle a raft of extreme scenarios such as temperature shock, icing, freezing rain, humidity and solar radiation.

The major specs for the Kyocera DuraForce Pro include:

The phone will be released this fall with pricing to be announced at a later date. According to Kyocera, the DuraForce Pro is targeted at both businesses and consumers who desire a "dependable smartphone that can withstand the harshest environments and mishaps".