Last week's episode of South Park was the first part of a storyline where the kids get involved in the current PS4-Xbox One console war, with some "Game of Thrones" and Black Friday parody thrown in for good measure. Wednesday night saw the continuation of that plot as the youth of South Park continue to be split in two over what next generation game console they should buy. 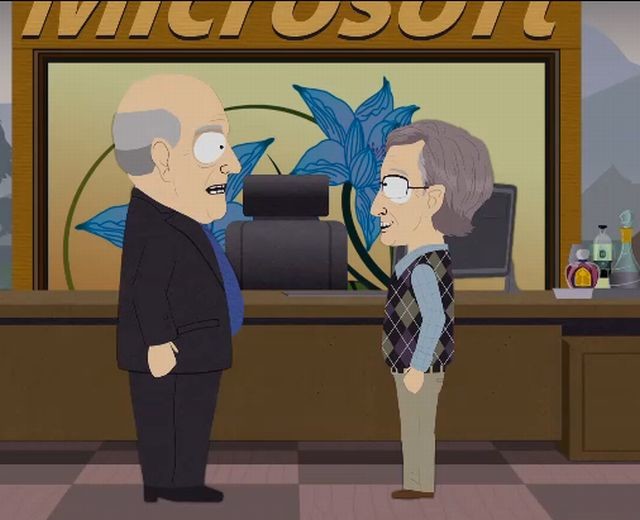 The episode, which can now be viewed on the South Park Studios site (and is definitely NSFW) also features fictional appearances from Microsoft CEO Steve Ballmer and chairman Bill Gates as they both get involved in this escalating battle. We won't spoil what roles either men have to play in this episode but they are pretty major.

There's all sorts of other stuff that happens in this new installment, and the humor gets pretty dark even for South Park standards at times. The ending leaves things open for a third part of this storyline ... maybe.

This is not the first time Gates has appeared on South Park. He appears briefly in the feature film South Park: Bigger, Longer and Uncut as he deals with a rather angry person over his views on Windows 98.