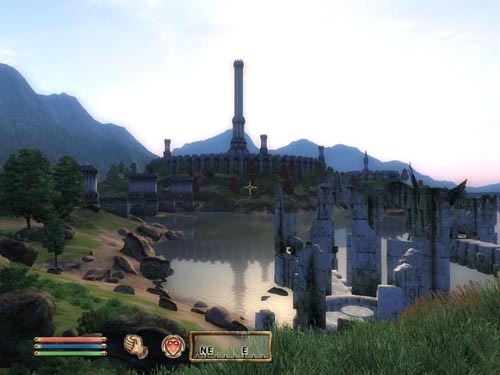 A lawsuit filed earlier this month claims that a former US Navy pilot lost his fight status after playing the Playstation 3 version of the fantasy RPG The Elder Scrolls IV: Oblivion. Courthouse News reports that the lawsuit was filed on May 4 in San Diego by John Ryan McLaughlin, who flew F-18 fighter jets while in the US Navy. The lawsuit names the game's developer and publisher Bethesda Softworks and Playstation 3 console maker Sony as its defendants.

The lawsuit claims that McLaughlin was playing Elder Scrolls IV on March 28, 2010 when he was hit with "a grand mal seizure for the first time in his life." The lawsuit claims that McLaughlin felt massive pain as a result of the seizure and also broke a bone. He claims he continues to suffer pain and mental anguish as a result of the seizure. McLaughlin has blamed the game for his issues, saying, "The product was so designed that it exceeded the upper acceptable limit of more than 3 flashes over a 1 second period, as well as acceptable spatial pattern and luminance flash limits."

McLaughlin is seeking "punitive and damages for negligence, breach of warranty, and product liability" from the defendants. So far neither Bethesda Softworks nor Sony has responded to the lawsuit. The Elder Scrolls IV Oblivion was first released for the PS3 in March 2007. The next game in the series, The Elder Scrolls V Skyrim, is one of the most anticipated games of 2011. It's currently scheduled for release on November 11 for the PS3, Xbox 360 and PC platforms.