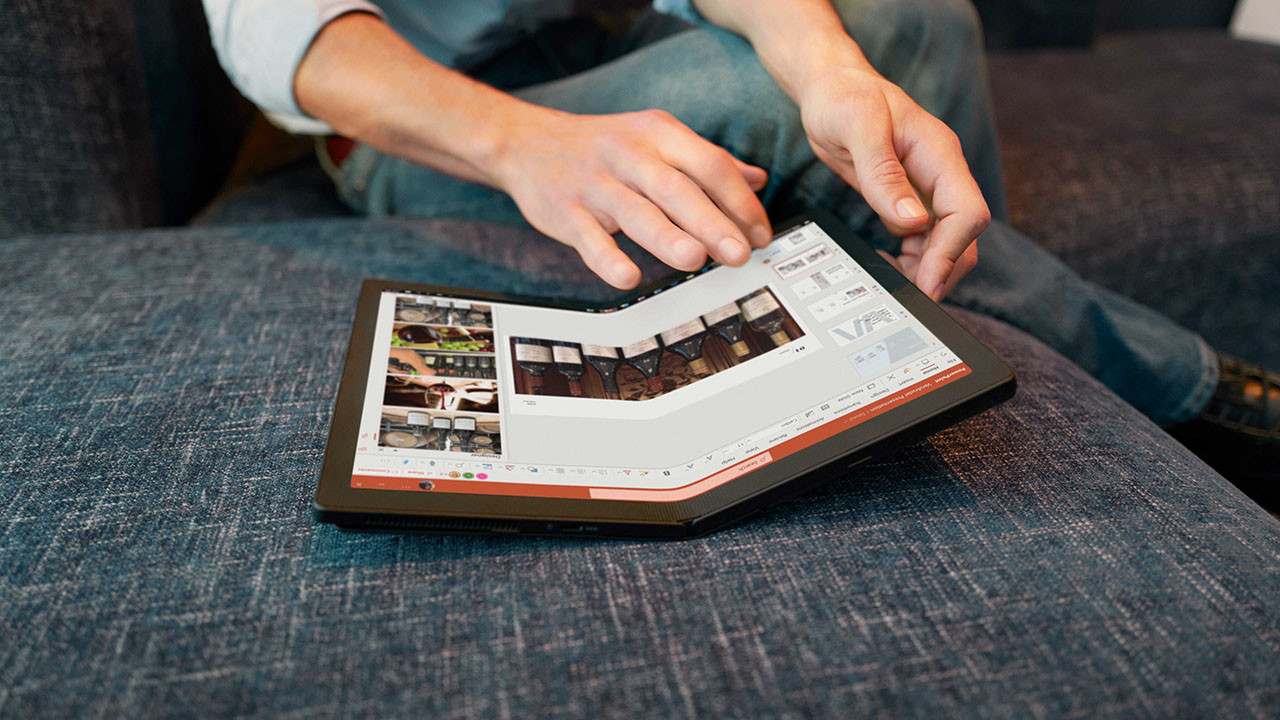 Last week, we reported Apple could be working on a MacBook with a 20-inch foldable display. This was based on what we heard from display analyst Ross Young. Corroborating Young’s claim, Bloomberg’s Mark Gurman has shared some important information about the upcoming foldable screen Apple device.

In his Power On newsletter, Gurman has said that the rumored foldable could be an iPad/MacBook hybrid with either a physical keyboard or a virtual one. However, sources close to Gurman said that Apple would settle on the touch screen keyboard for the MacBook/iPad hybrid. Gurman wrote:

I’m told Apple has indeed been exploring a dual-screen, foldable MacBook/iPad hybrid that would take the second approach. It would trade in the physical keyboard and trackpad for a fully touch-screen base.

Previously, analyst Ross Young said that Apple could launch a MacBook with a foldable display in 2025. Gurman, however, has shared no information about the possibility of the device debuting in 2025.

If all this is true, Apple would be a late entrant in the foldable laptop market as PC makers such as Asus and Lenovo have already released their first-ever foldable screen laptop PCs in the form of Lenovo ThinkPad X1 Fold and ZenBook 17 Fold, respectively.

Intel is another company that seems to have big plans for foldable PCs. At CES 2022, the company announced Intel Evo for PCs with foldable screens. The company also said that foldable screen PCs that meet the Intel Evo specs requirement might hit the market later this year.