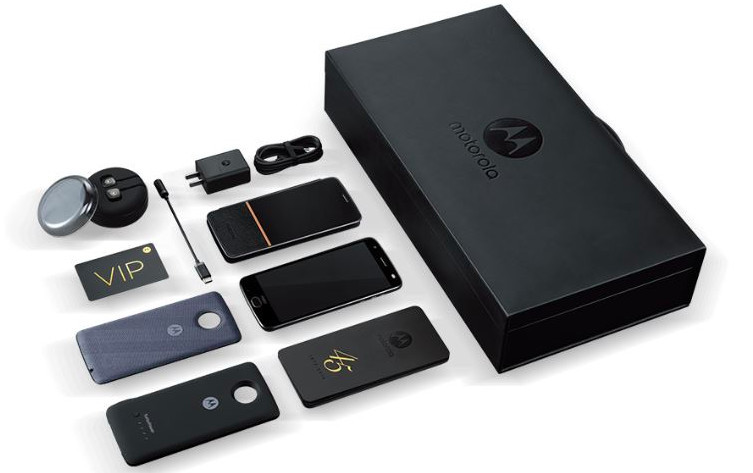 Sometimes, it simply just isn't enough to own a high-end smartphone, and you have to go a little overboard and spoil yourself with a device that is a bit more ostentatious. If you were looking for something like in a Motorola flavor, you'll want to get yourself a Moto Z 2018 Kingsman Special Edition.

While the name might sound completely foreign, the handset is actually based off of an earlier Motorola release, the Moto Z2 Force. In China, the handset is debuting as the Moto Z 2018 and it is also accompanied by the aforementioned Kingsman Special Edition. So what makes the Kingsman Edition so special? While the body of the device is constructed using 7000 series aluminum and features a brushed exterior, it adds a bit more flavor than the normal model by taking the muted Motorola logo on the rear and draping it in gold.

While a majority of the specifications remain the same like its Qualcomm Snapdragon 835 processor and its 5.5-inch AMOLED ShatterShield display, the smartphone does get some notable upgrades like an increase to 6GB RAM and 128GB of internal storage. The device all comes packed with plenty of extras in a fancy box that includes a 3,490mAh TurboPowerMoto Mod, a Moto Style Mod, USB Type-C earphones, leather flip case, a VIP card, and a 45th-anniversary notepad. If this package looks enticing, it will be priced at 9,999 CNY which is around $1,505 USD.