In December, I reviewed the second of LG's biannual flagship phones for 2016, the V20. It was a device that I was really impressed with, so naturally, I was really excited to see what the company had in store for the G6.

And of course, everything is different, including the design, display, and the cameras. It's also different from its direct predecessor, the G5, as it ditches the modular design concept that the company had last year.

Now that I've got that out of my system...

The LG G6 is a sexy phone, which as far as I'm concerned, is a departure for LG. The metal back is covered in glass, and it's a lot more fingerprint resistant than I expected it to be. 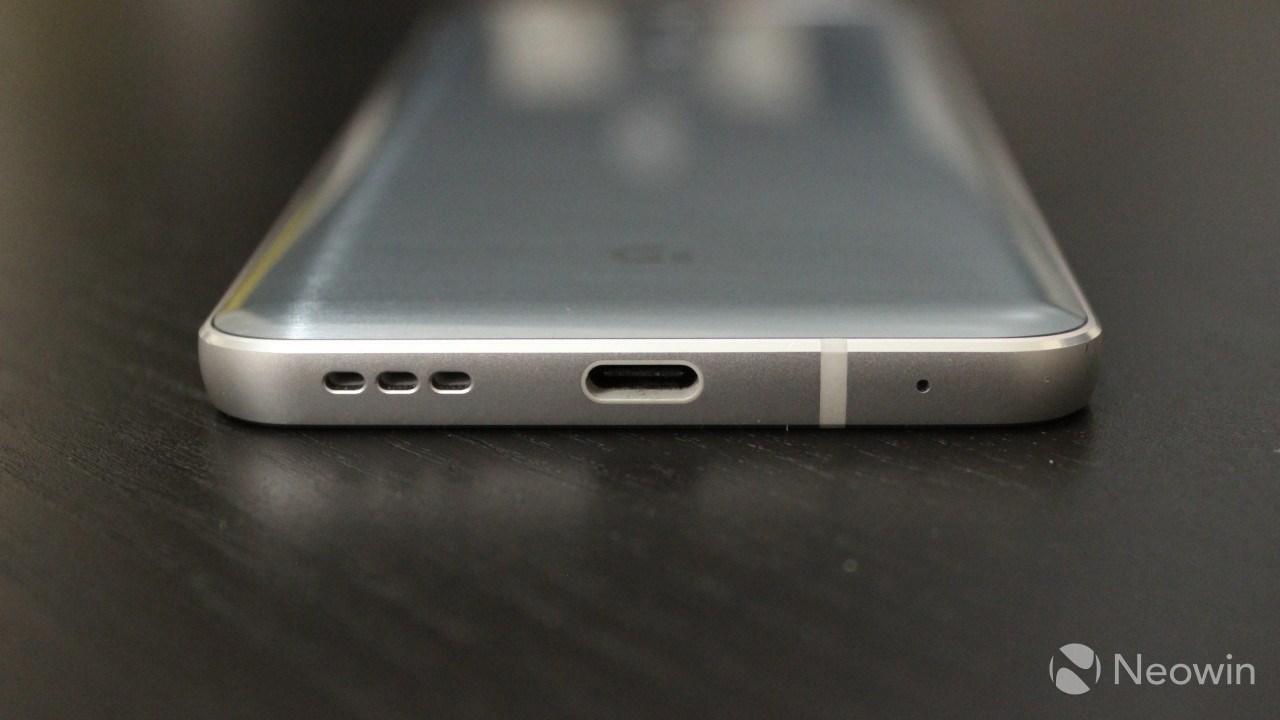 On the bottom of the handset, you'll find a USB Type-C port, along with the microphone and speaker. On one side, there's a volume rocker and on the other, a combination SIM/micro SD card slot. The 3.5mm headphone jack is on the top, which is a design choice that I'm not a big fan of, as I think it makes sense to have the headphone and charging jacks on the same side. It's not a big deal, so I won't go further into it. 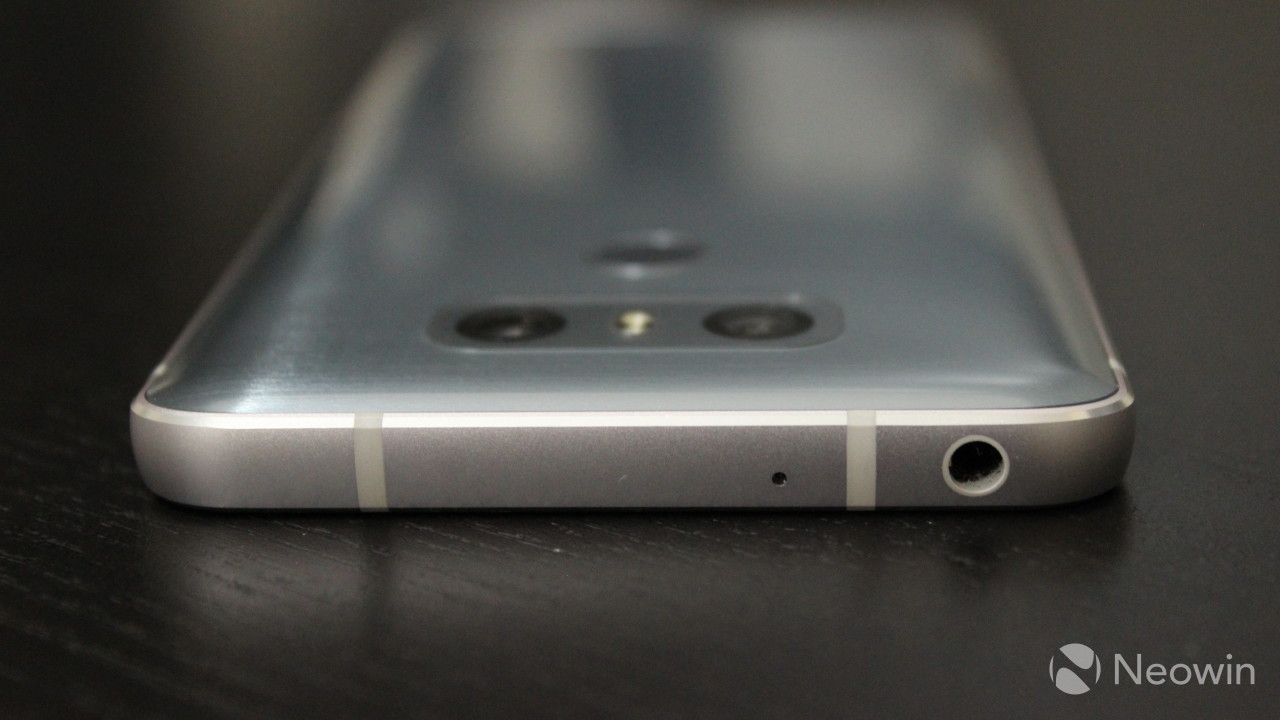 The rear panel is a smooth, curved sheet of glass, with the power button/fingerprint reader centered toward the top, but below the dual camera setup. The fingerprint reader isn't deserving of its own section, so I'll just say that I didn't have any problems with it, and it's fast enough.

But the display is one of the key points of the LG G6. It's 18:9 aspect ratio makes it more widescreen than its competitors, with the exception of the Samsung Galaxy S8 series, and to be honest, it works.

The aspect ratio makes the 5.7-inch display not as big as 5.7-inch screens with a 16:9 aspect ratio, and that's OK. The long screen and the narrow bezels make the G6 really comfortable to hold. 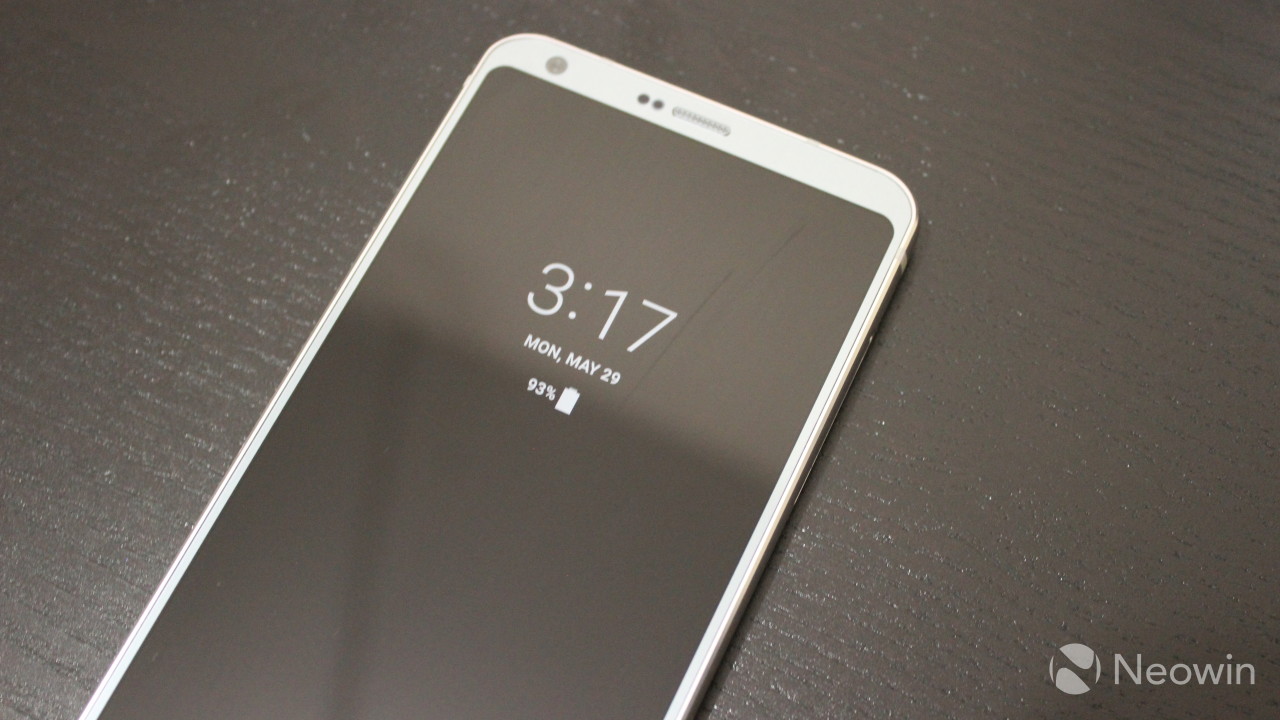 The device has an always-on display option, which is turned off by default. Turning this on was one of the first things that I did, as I've grown accustomed to being able to see the time on a phone with ease.

Battery life was one area where LG's G6 let me down. With fairly light usage, the device will make it through the day; however, I found that in situations where I was traveling for the day, I couldn't count on it.

You can take that for what it is, but I really don't like having to carry a portable charger with me, and I know it's a tall order to ask for a phone that will always make it through the day. Few phones can actually do it, but the G6 isn't one of them.

Ultimately, the G6's battery life is average, so as long as you're OK with that, you're good to go.

One of the things that impressed me about the LG V20 last year was its camera, which had exceptional low light performance due to its hybrid autofocus system. The G6 doesn't have that, instead opting for only phase detection autofocus.

This is an issue that I take with LG's flagship strategy in general. The company launches a G-series device in the spring and a V-series handset in the fall. Both are flagships, but are better than the other in different areas. At the end of this review, I'll probably note that I want a phone with the G6's display and body and the V20's camera, but sadly, LG hasn't built such a device despite having the technology to do so. 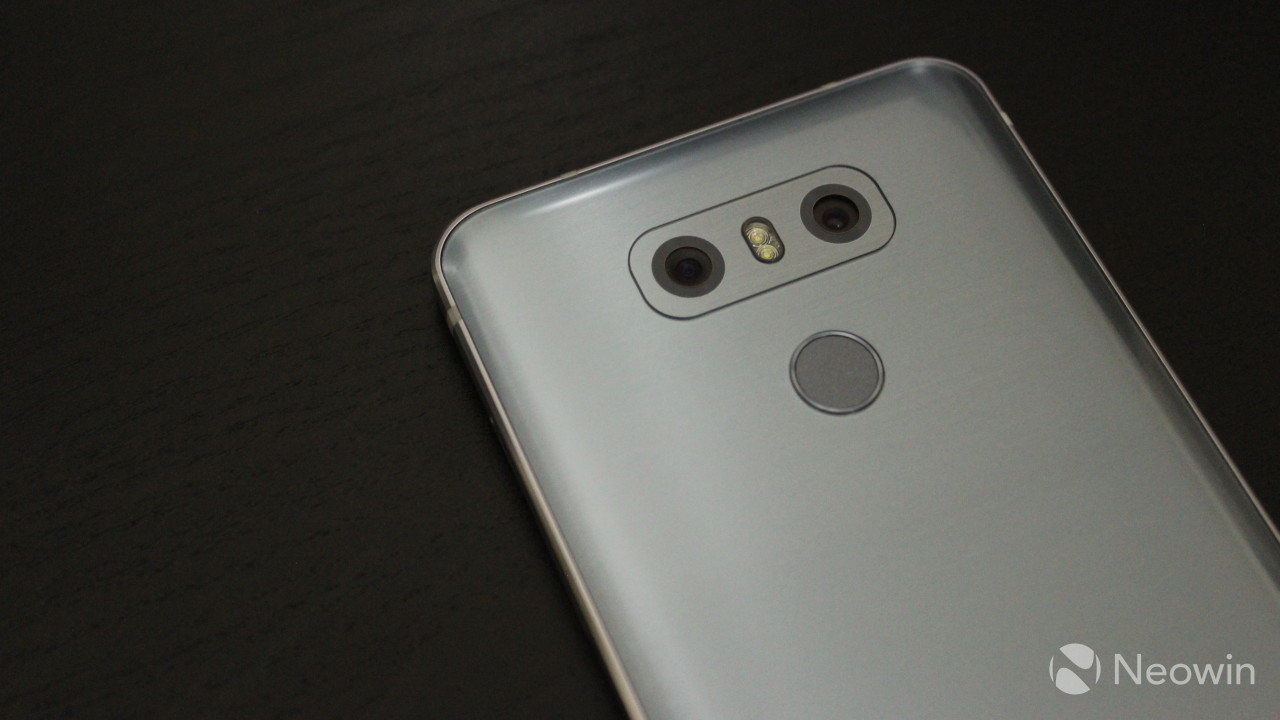 But like the V20, the G6 uses a dual-lens setup, but they're both the same resolution at 13 megapixels, whereas the V20 had a 16-megapixel lens for the standard angle and an 8-megapixel lens for wide-angle shots. This was a smart decision on LG's part, since it didn't make much sense on the V20 that the wide-angle lens had half of the pixels. Now, if you take a wide-angle shot and you want to crop it, you have more room to do so.

You'll notice that in some shots, I played with switching between the standard and the wide-angle lens. In the last couple of shots, I started adjusting the exposure to see if I could achieve proper colors and certain lighting.

The flowers in the second to last image are blue, despite clearly coming across as purple. To be fair though, almost every smartphone camera captures them as purple, and the only way to fix it is to lower the exposure as much as possible.

The performance of the camera is right on par with your average flagship. The colors are mostly natural (except for those blue flowers) and the low light performance is adequate.

One more thing that we'll take a look at is a comparison of a low-light sample from the V20 and the G6.

You should be able to see that the V20 is more focused on the subject, where the G6 struggled a bit more and ended up more focused on the background. It's not really a dealbreaker, but I just don't understand why LG would opt out of including the same autofocus system that was included in the V20, when it's clearly better.

The LG G6 uses a 5-megapixel front-facing camera with an f/2.2 aperture. Unlike the rear camera, there's only one lens on the front; however, it still offers a choice between a wide-angle and a standard shot.

The front camera also has an LCD flash, which is to say that it lights up the screen to serve the purpose. LG has actually been doing this for longer than most of its competitors - such as Apple and Samsung - have been doing it. It's also implemented differently. It doesn't flash when you take the picture; instead, the viewfinder is shrunken down in the middle of a lit up display. I'm really not sure if the change in implementation is better or worse than the way LG's competitors do it, but LG has always done it that way.

As with the rear camera, the audio on the G6 lacks a feature that was included in the V20, which is the quad DAC. Note that it is available on the Korean model, but American variants aren't equipped with it.

Because of that, audio quality isn't quite where it was on the V20, although in fairness, headphones still sound pretty good compared with some other subpar devices that I've used.

I'm by no means an audiophile, but I will say that I was impressed with the speaker performance. It's clear and it's pretty loud. And while you don't get the quad DAC, you do get something that you won't find in Korea: wireless charging. I found myself placing the phone on a wireless charger and listening to music with the phone's built-in speaker, and was satisfied with the performance, even when the speaker, which is placed on the bottom of the device, was pointed away from me.

Ultimately, I thought that the audio performance was pretty good from both the headphone jack and the speaker, but if you're looking for the stellar headphone performance of the V20, you'll have to look to the V20.

In my experience with the G6, performance is excellent for most tasks. After all, it does use Qualcomm's Snapdragon 821 chipset, which was a flagship for a few months. Still, you won't get the same kind of performance that you'll see from devices with the new Snapdragon 835, such as Samsung's Galaxy S8 or HTC's U 11.

There was noticeable stuttering in more graphics-intensive processes, such as games. This would only happen with high-definition graphics or games with lots of moving objects on the screen. Also, it's worth noting that this is a common problem that I've had on Android devices.

It's actually much better than it used to be, so if you had a previous generation device that had a 1440p display and either a Snapdragon 808 or 810 processor and were satisfied with the graphics performance, you're good to go here.

For those that won't take my word for you, I've used AnTuTu, Geekbench 4, and GFXBench for benchmarks. First up is AnTuTu. 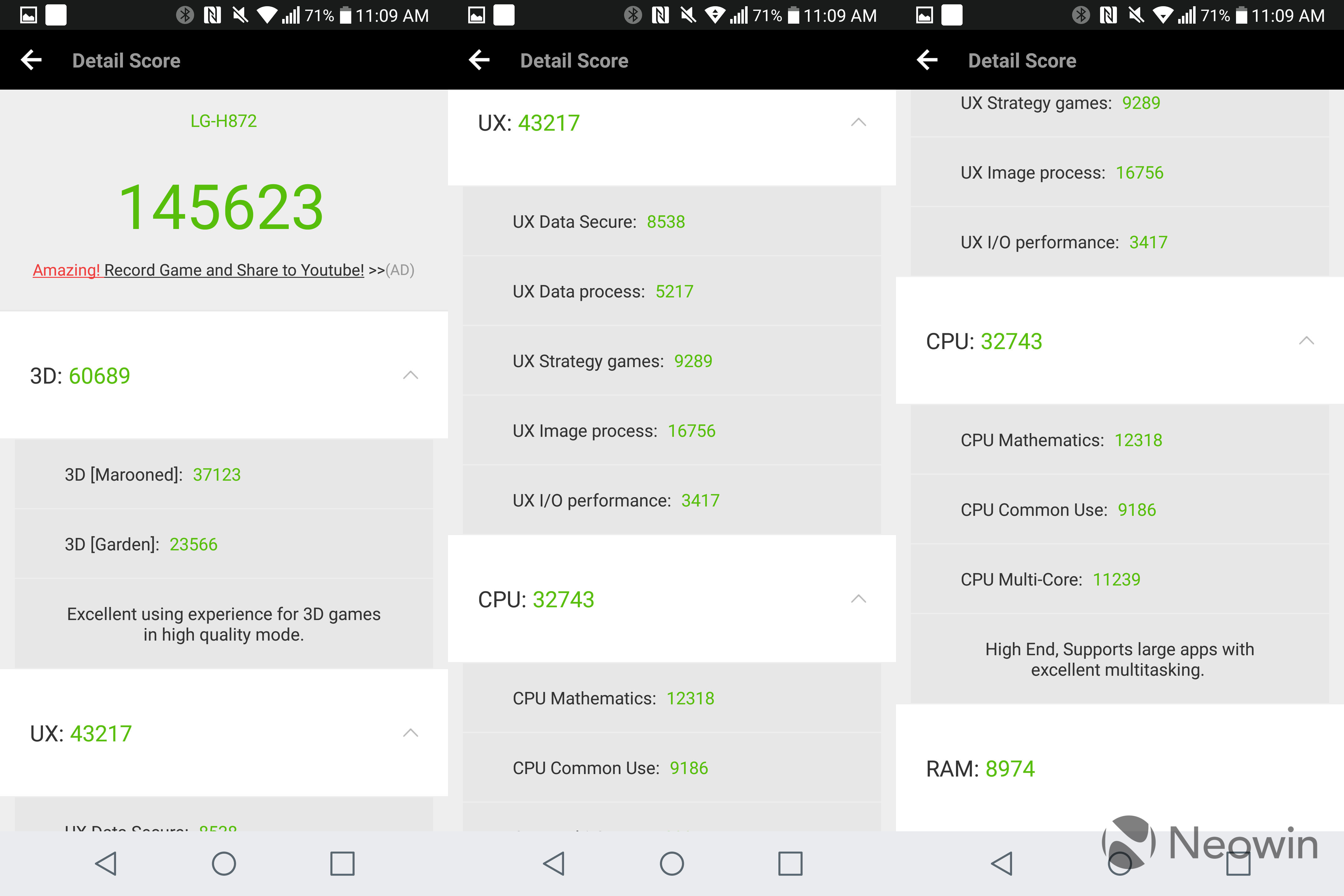 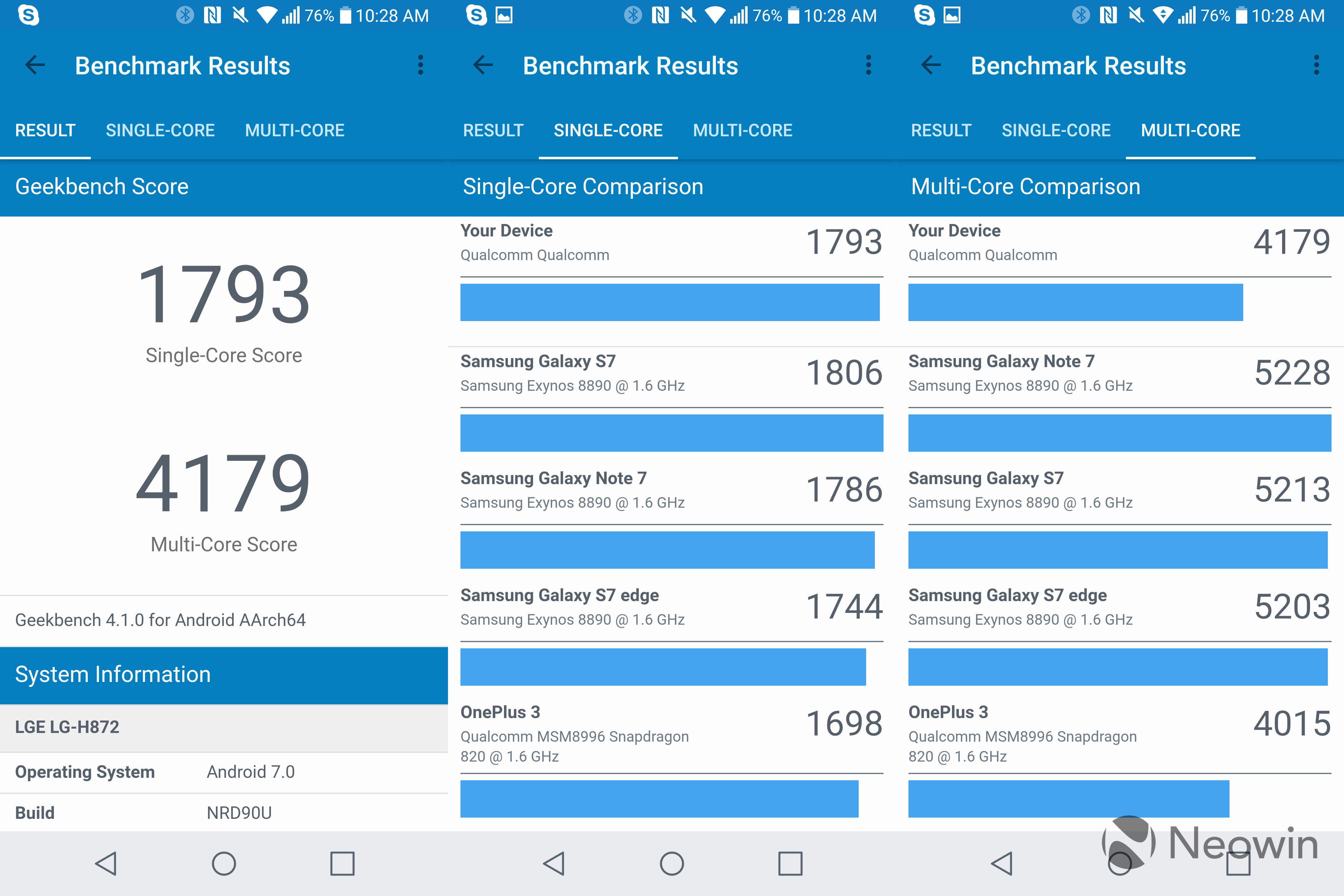 As you can see, the scores are consistent with other devices in the same range. It's worth pointing out that the Snapdragon 821 is a modest improvement in CPU power over the 820, so this is about what we would expect. Once again, for perspective, the iPhone 7 Plus comes in at 3,487 for single-core and 5,904 for multi-core. 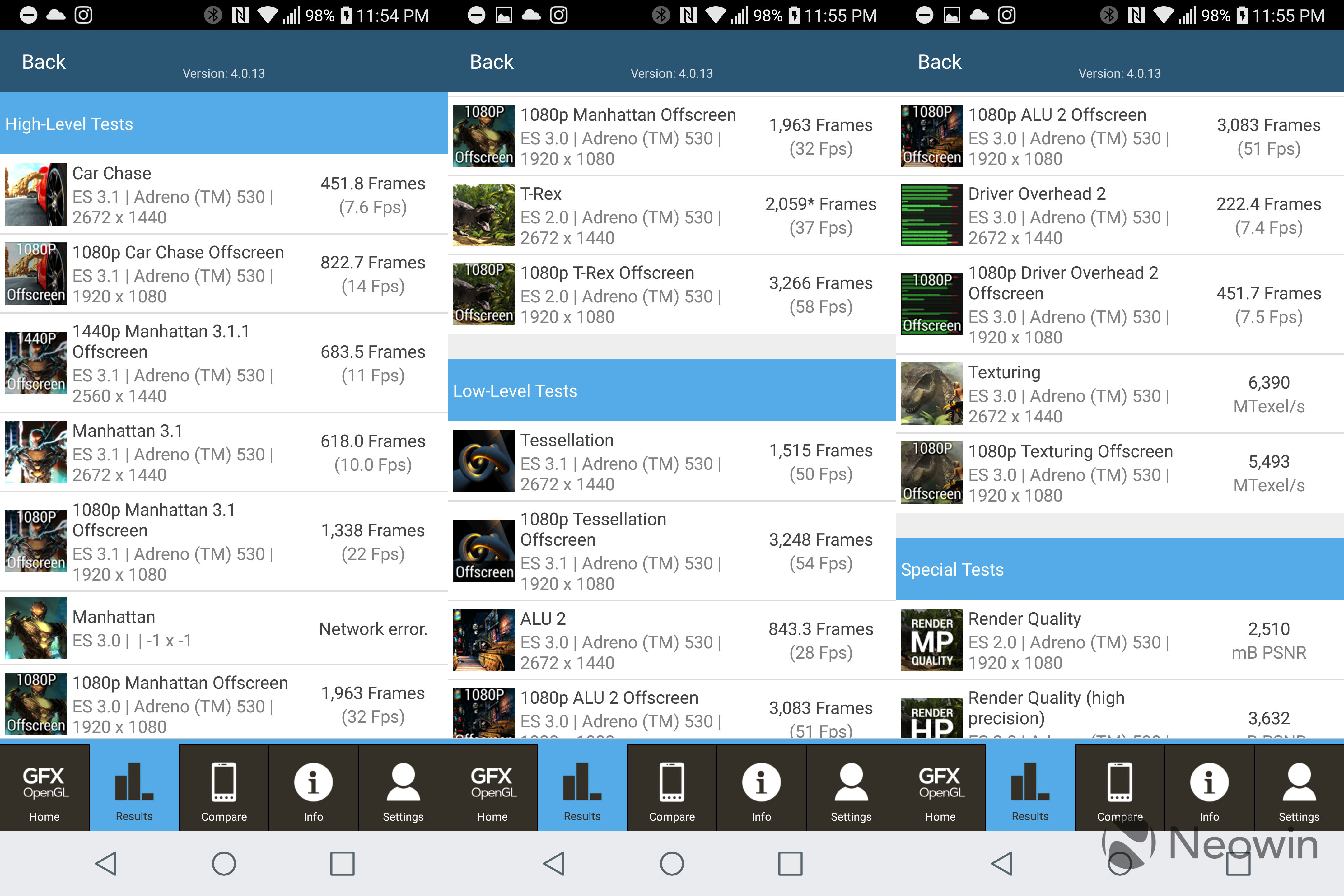 I must admit that there's a big part of me that hates that OEMs keep finding new ways to fit more pixels on the display. Ultimately, I feel like it ends up leading to an underpowered experience.

There's no question that the LG G6 is a great phone. It has a beautiful design, a great camera, and a vivid display, all in a body that fits comfortably in the hand.

The biggest problem that I have with it is the Snapdragon 821 chipset. I'm not sure how I could recommend this to anyone that's looking to upgrade from a 2016 flagship, which likely includes a Snapdragon 820, and in fact, I prefer the LG V20 over this device in a few ways, such as the secondary display and the camera. 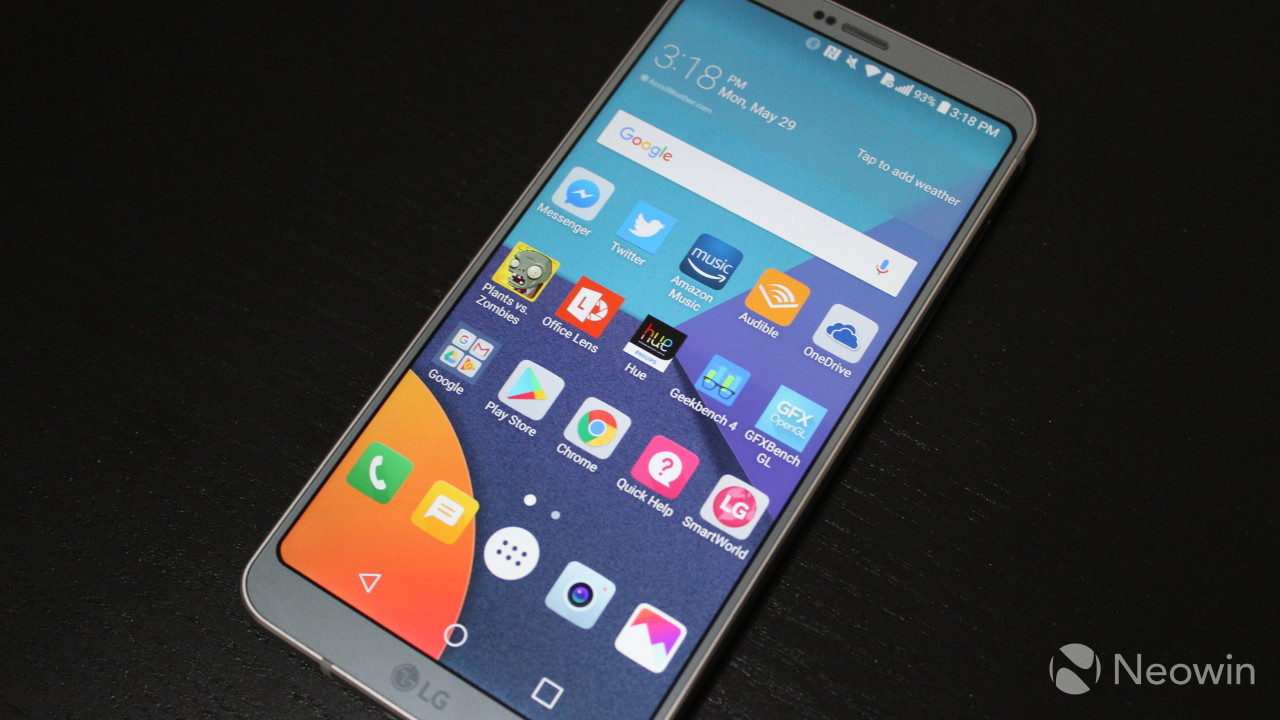 And then there's the elephant in the room, which is the Samsung Galaxy S8 and other devices that are powered by a Snapdragon 835. LG now isn't offering a flagship phone that competes with these on a performance level, and it likely won't until later on this year when we see the V30.

But as I mentioned above, it's a great all-around phone, and if you're upgrading from a mid-tier device from 2016 or a 2015 flagship, you'll surely love it. 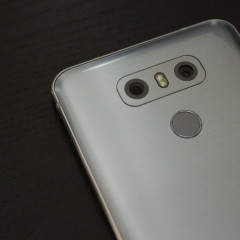 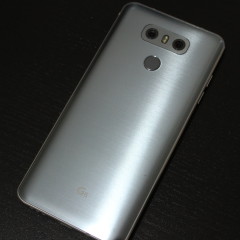 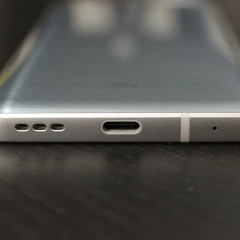 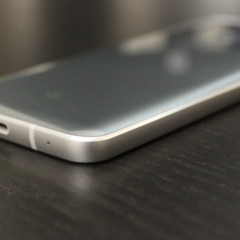 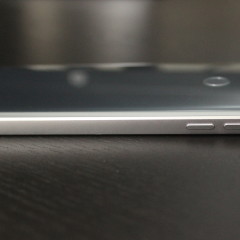 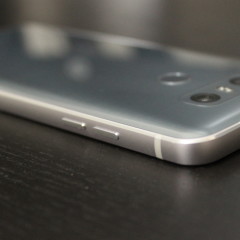 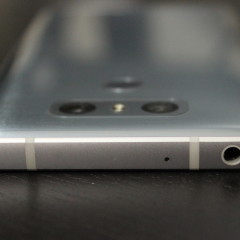 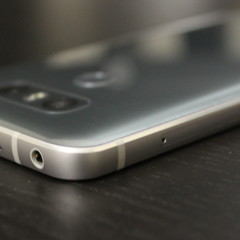 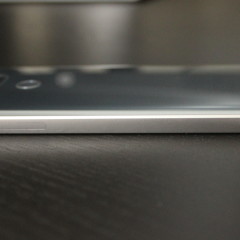 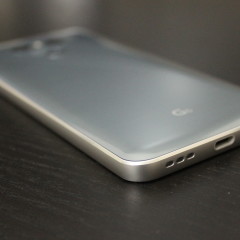 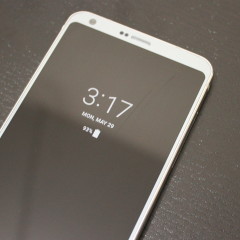 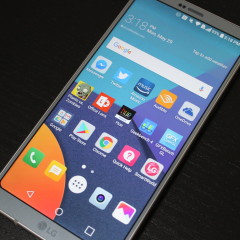 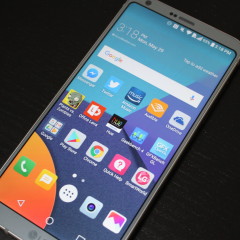