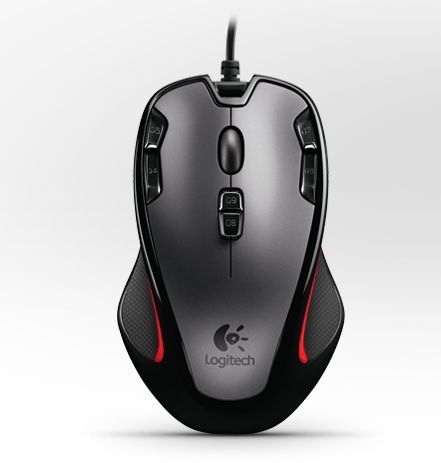 PC peripheral maker Logitech has had a long history of releasing high end gaming PC mice. Most of these products also have a fairly high price. Today the company announced a new gaming PC mouse model, the G300, that happens to have a lot of features you would see in an expensive mouse. The big difference is that the G300's price is a bit more reasonable at $39.99.

The mouse itself has an optical sensor that has sensitivity levels of 2500 dpi. It has a total of nine programmable buttons including two placed just behind the scroll wheel. It also has onboard memory that allows gamers to store up to three different kinds of PC game control profiles. The mouse comes with three default profiles that will work for first person shooter games, MMO titles or even regular PC works. The included software allows players to alter those profiles with changes made to the button controls, the dpi settings, and even the report rate settings. The G300 also includes on-board lighting that allows gamers to assign one of seven colors to each of their gamer profiles. Look for the mouse to be put on sale sometime in September.

In related news, Logitech has announced it will be attending PAX Prime in Seattle on August 26-28. The company is teaming up with NCsoft to let attendees play Guild Wars 2's PvP features at its booth with 10 dedicated stations. It will be the first time that US players will get a chance to go hands-on with the PvP portion of the upcoming MMO from developer ArenaNet.