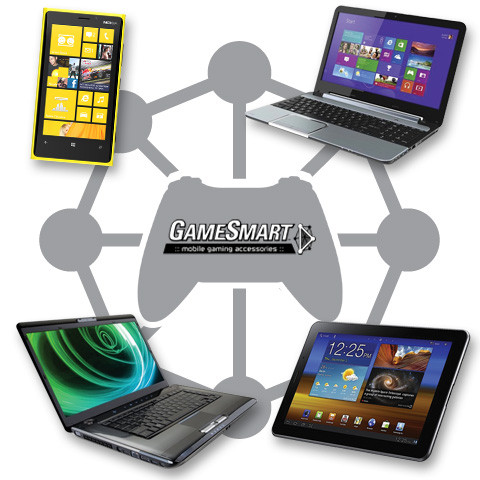 With CES 2013 starting up in Las Vegas next week, companies are already using the time to offer up some pre-announcements of the products they plan to show off in public during the annual electronics trade show. This week, Mad Catz announced a new brand of game controller products that will be sold under the GameSmart brand and a teaser image shows it will work with Windows 8 and Windows Phone 8 products.

The GameSmart brand will include new "game controllers, gaming mice, gaming keyboards, headsets, and other specialty controllers." While there are no images of these controllers yet, the GameSmart teaser page does suggest that they will work with Windows 8 and Windows Phone 8 products, along with Windows 7 laptops and Android tablets. The first products should go on sale sometime in 2013.