For all those lucky enough to have been accepted to the Fall 2011 Xbox 360 Dashboard Preview, you now have a copy of the Mass Effect 3 Private Beta ready to download. According to forum tipster Timan, and again by an anonymous tipster, if you’re in the Dashboard Preview and on Xbox LIVE, one of the tiles will point to a 1.81 GB download of the private beta. 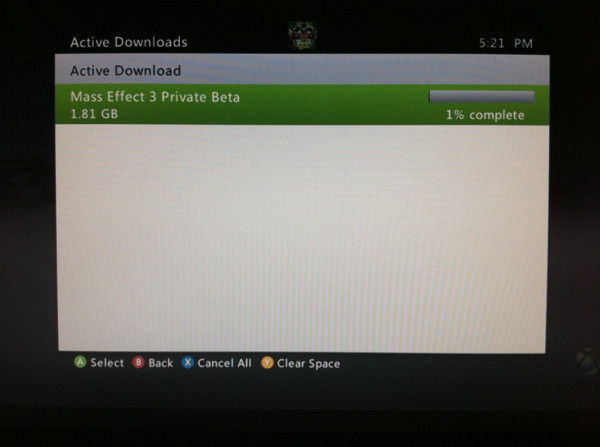 Most details surrounding the Fall 2011 Dashboard update have been kept quite due to Non-Disclosure Agreements (NDAs) that all participants had to sign, so details of the private Mass Effect 3 beta may be subject to the same arrangements. There is also a possiblity Microsoft made a mistake here, as who knows whether the “private” beta was ever supposed to be available to people through the Dashboard Preview.

If you are indeed in the program, and Microsoft has made a mistake, we suggest you get your hands on the beta as soon as possible just in case it’s removed. For those not in the program, you have to either wait until the official release of March 6, 2012; or if you bought a copy of Battlefield 3 you will have early access to the multiplayer demo.

Note: Some other forum posters have indicated the beta might only be accessible to North American residents