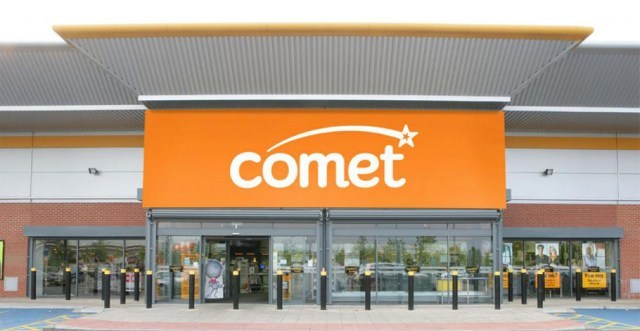 In what can only be described as truly bizarre, it would appear that Microsoft is taking legal action against UK retailer Comet for "creating and selling more than 94,000 sets of counterfeit Windows Vista and Windows XP recovery CDs."

First spotted by The Verge, Microsoft states on their site: “As detailed in the complaint filed today, Comet produced and sold thousands of counterfeit Windows CDs to unsuspecting customers in the United Kingdom,” said David Finn, associate general counsel, Worldwide Anti-Piracy and Anti-Counterfeiting at Microsoft. “Comet’s actions were unfair to customers. We expect better from retailers of Microsoft products — and our customers deserve better, too.”

The suit charges Comet with producing the counterfeits in a factory in Hampshire and then selling the media to customers from its retail outlets across the U.K.

Comet unsurprisingly see themselves as the righteous party in the case. They don't deny creating the discs, but a company spokeswoman told The Mirror that “Comet has sought and received legal advice from leading counsel to support its view that the production of recovery discs did not infringe Microsoft's intellectual property. Comet firmly believes that it acted in the very best interests of its customers.”

So, does Comet deserve what it's getting, or was it just trying to be nice and provide a cushy experience for its customers? Who knows, but this could end up taking a while to play out. Meanwhile, it was announced back in November that Hailey Holdings and Hailey Acquisitions would be acquiring Comet from Kesa Electricals, and it's unknown what effect the Microsoft suit will have on that. Legal troubles with one of the biggest companies on the planet could make anyone think twice before putting their money on the table.