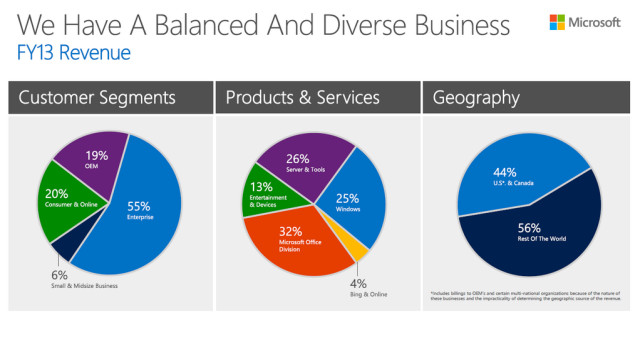 Microsoft rarely gives out information on the structure of its company, but today, as part of its financial analyst day, Chief Operating Officer Kevin Turner gave a glimpse of how big each of its divisions are and how much revenue it gets from its customers.

The U.S. and Canada still dominate Microsoft's market share, with 44 percent of the company's money coming from just those two countries, with the rest of the world bringing in the other 56 percent.