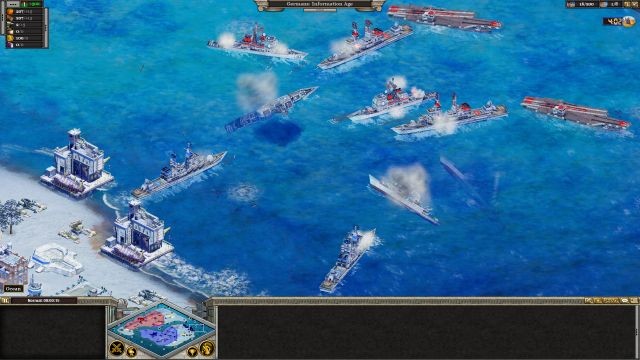 Microsoft continues to re-release its classic PC RTS games in new editions. After publishing Age of Empires II HD in 2013 and Age of Mythology: Extended Edition in May, the company has announced it will release Rise of Nations: Extended Edition sometime in June via Steam.

Microsoft's PlayXBLA website confirms the company has acquired the rights to the Rise of Empires series. The RTS franchise, which allows players to expand their empire from ancient civilization to the modern day time period, was first created by Big Huge Games and published by Microsoft. However, the game's IP rights were still owned by Big Huge Games until earlier this year, when they were sold off as part of the bankruptcy auction of its parent company 38 Studios.

Microsoft's Rise of Nations: Extended Edition, adapted by Skybox Labs, will include the original game, released in 2003, and its expansion pack Thrones and Patriots. It will be getting some graphical upgrades such as improved water and textures. It will also get full Steamworks backing for multiplayer, achievements and more. Support for Twitch live gameplay streaming is also among the features for players to enjoy.

Pre-orders for Rise of Nations: Extended Edition are currently being taken on Steam for 20 percent off its $19.99 price. Microsoft has yet to give a specific date for the game's release.