Microsoft officially confirmed today that it has finished Windows 7 and released the final build to manufacturing (RTM).

Steve Ballmer, Chief Executive Officer at Microsoft, confirmed that Microsoft has finalised Windows 7 during his speech at an employee conference in Atlanta, Georgia. Microsoft Global Exchange (MGX) is an internal Microsoft conference for Microsoft's global sales teams and evangelists. Employees have been posting updates to Twitter today.

Kevin Turner, Microsoft's Chief Operating Officer, donned the stage earlier at MGX claiming "in business, adversity is inevitable, but misery is a choice" during his keynote. It was also announced that Jim Cirone (east region evangelist) won the Microsoft Chairman award for his thought leadership on Silverlight. The award is handed out annually for innovations that have furthered the state of "engineering excellence" at Microsoft.

Microsoft also announced the investment of $9.5 billion in research and development for FY09. This is the most for any technology company and the Redmond software giant will not decrease its investment in FY10. The closest comparable company is IBM with $3 billion less.

Before Ballmer confirmed Windows 7 RTM, Bob Muglia proudly claimed that "developers are at the heart of Microsoft" after demonstrations of virtualisation in Windows Server 2008. Microsoft employees were also treated to SharePoint 2010 demos and Office 2010 running across PC, phone and browser. Later on in the day Bing was the focus with Yusuf Mehdi, Senior Vice President, Online Audience Business Group taking the stage with demonstrations of Bing's travel updates. Robbie Bach later took to the stage and demonstrated the Zune HD and Windows integration. New Windows Phone branding and UI was also demonstrated.

RTM (Released to manufacturing) marks the end of the Windows 7 alpha and beta phase and the product will now be officially supported by Microsoft's support channels and servicing. RTM does not mark the end of Windows 7 development though. Engineers will have booked their summer vacations but new builds will still be compiled ready for any hotfixes and heading towards the initial SP1 release.

Microsoft announced yesterday that the Windows 7 RTM build will be in OEM's hands "2 days after RTM" meaning OEM partners may have the build as early as Friday. MSDN and TechNet customers will receive the build on August 6. 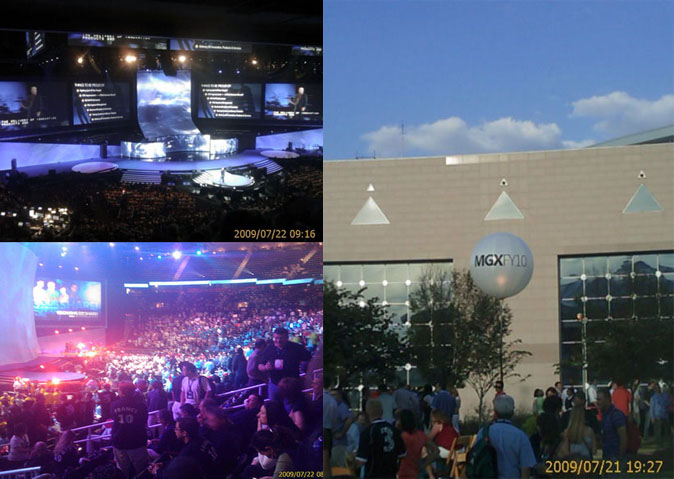