Microsoft is bringing back its popular white Xbox One for a new "Gears of War: Ultimate Edition" bundle and also releasing a bundle focused on Kinect gaming. 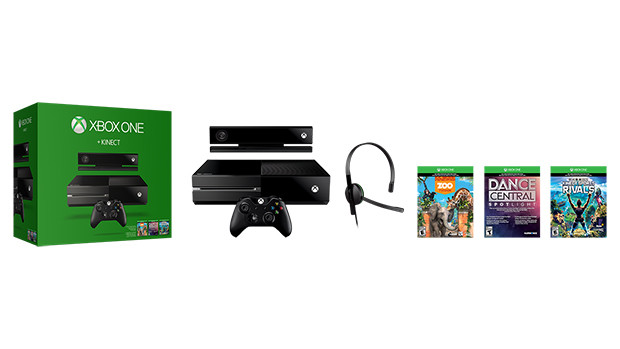 In addition to the new white Xbox One bundle, Microsoft is also releasing an Xbox One bundle focused on its Kinect sensor with three bundled games. The bundle will include a 500GB Xbox One as well as "Dance Central Spotlight," "Kinect Sports Rivals" and "Zoo Tycoon" to play with the included Kinect. The bundle will be available for $499 in Argentina, Australia, Canada, Chile, Colombia, Czech Republic, Greece, Hong Kong, Hungary, India, Mexico, New Zealand, Poland, Russia, Saudi Arabia, Singapore, Slovakia, South Korea, Taiwan, Turkey, UK, United Arab Emirates and the U.S.

All games with both bundles are included as downloadable codes.

Microsoft is announcing at least one new Xbox One bundle each day this week for the holiday season, with a Tomb Raider bundle announced Monday, a three-game exclusive bundle announced Tuesday and 'The LEGO Movie Game' bundle announced Wednesday. The company already offers a bundle with "Forza Motorsports 6" as well as special edition bundles that will be released for "Halo 5: Guardians."