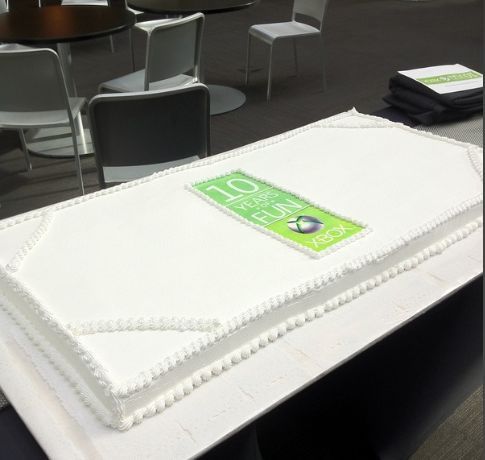 The Major Nelson web site points out that from today to Saturday, owners of the Xbox 360 console will be able to get a free Xbox Live Avatar prop. The prop is a birthday present that when unwrapped by your avatar shoots out streamers and fireworks.

Today there are also some 10th anniversary sales on a few downloadable games, DLC packs, movies and TV shows. For example, you can get the Games on Demand version of Halo 3 for just $22.49, a 25 percent price cut. You can also get the Xbox Live Arcade card game Uno for just 200 Microsoft points today. You can also purchase and download two recent HD movies (Transformers Dark of the Moon and Fast Five) for just 1200 Microsoft points (about $15) today.

If you still happen to own the original Xbox console, the Major Nelson web site also has a nostalgic sound bite for download today. It's the audio clip that Xbox users heard when they transitioned from one part of the first Xbox Dashboard user interface to another.

It looks like the Microsoft division in Redmond is having some fun today as the crew got themselves a piece of a huge 10th anniversary Xbox cake.