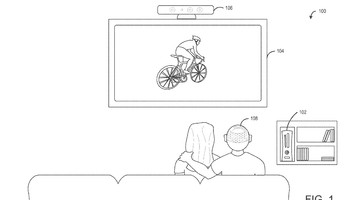 Microsoft introduced Xbox Live Achievements into gaming with the launch of the Xbox 360 in 2005. The simple but addictive system of collecting points in games and then adding them to a player's total Gamerscore was a pretty brilliant idea for its time. Now Microsoft might be trying add a similar achievement system just for watching TV programs.

Gamesindustry International reports that Microsoft filed for a patent application that described a TV achievement system. Microsoft stated that watching television is mostly a passive experience at the moment but added, "To increase interactive viewing and encourage a user to watch one or more particular items of video content, awards and achievements may be tied to those items of video content."

Examples of achievement challenges include watching all of the episodes of a TV series in a single season, or perhaps watch one single special event such as the Super Bowl or the Oscars. Microsoft says that achievements could also be tied into TV ads and thus increase viewership of both television in general along with "increasing advertising opportunities."

The patent also described how a version of the Kinect hardware could be used with these new TV achievements, such as holding a specific product in front of the Kinect camera while watching a show. The camera could then scan the product and then give the person an achievement for that action. In addition to increasing a user's Gamerscore, the patent says people can also gain virtual or real rewards when unlocking these new TV achievements.

While Microsoft talked a lot about the Xbox One's TV features when it introduced the upcoming game console earlier this week, it didn't say anything about adding in achievements while watching TV shows through the console. It's possible that kind of support is something that Microsoft is working on for the Xbox One but has yet to reveal to the public.