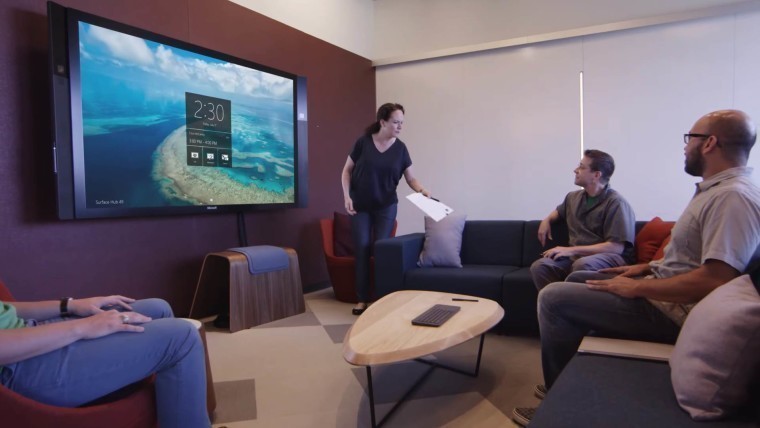 Microsoft launched its Surface Hub somewhat later than it originally planned, but for many of its business customers, it seems it was worth the wait.

The Surface Hub is a giant touchscreen display designed to improve workplace collaboration and video conferencing. Microsoft delayed its release twice before it became available earlier this year, and also raised its prices by $2,000 before launch; the 55-inch version costs $8,999, while the 84-inch model is priced at $21,999.

But the delays and price increases apparently did little to hinder its success, as the device has apparently been a hit.

In a statement to Petri, Microsoft said that demand has exceed supply, and that it's now boosting production to ensure it can keep up with interest from its commercial customers:

Demand for Surface Hubs is very strong and exceeded initial forecasts. To date, we’ve shipped to over 500 customers worldwide and that number continues to grow. We are ramping up production to meet this strong demand via our partner reseller channel as soon as possible. Customers are encouraged to speak with their sales representative if interested in ordering Surface Hubs.

We don't know exactly how many Surface Hubs were sold, of course, but given Microsoft's claim that sales have exceeded its expectations, it certainly seems to be off to a strong start.