With Microsoft planning to shut down access to its TechNet subscription plans on August 31st, the only official place that software developers will be able to access past and current Microsoft software with a subscription is on the Microsoft Developer Network. Today, the company launched a revamp of the MSDN website designed to make things easier to find for those subscribers. 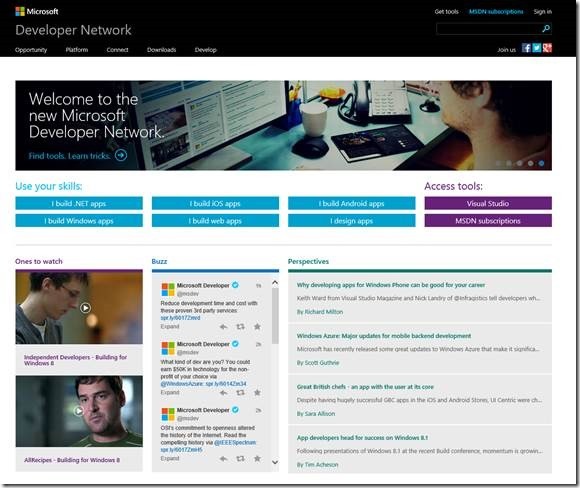 In a post on his blog, Microsoft Technical Fellow and Team Foundation manager Brian Harry, stated that in the past, software developers had to search through a number of different Microsoft websites to find the resources they needed. The new MSDN site is supposed to give all developers a one stop shop for the tools and information they need. The revamp is also supposed to help developers who work primarily with iOS, Android and web-based applications as well.

Harry added there are new community features in the new site, saying:

We designed the Microsoft Developer Network with that in mind creating a “Perspectives” section with community blogs, an integrated social feed, and a “Connect” area that allows developers to tell their stories, get advice and connect with us directly.

MSDN subscribers can access their information from anywhere on the site, according to Harry. The new version is limited to the English language at first but a worldwide roll out of the new MSDN site will happen over the next few months.