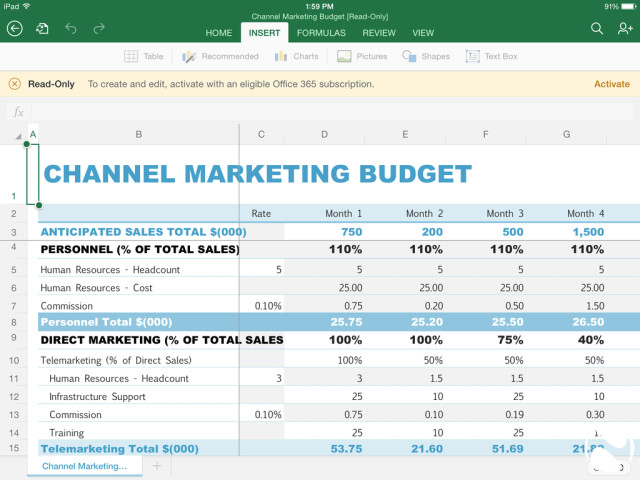 Microsoft has a pretty generous installation policy for people who want to use the full version of Word, Excel and PowerPoint on Apple's iPad. People who have an Office 365 Home Premium subscription are allowed, via Microsoft's End User License Agreement, to install and use the full versions of those apps on up to five iPads, in addition to up to five Windows and Mac PCs, for the price of $9.99 a month or $99.99 for 12 months.

In a statement, Microsoft admits, "Similar to our commercial use rights, we do not strictly enforce the limit on tablet installations, but trust that our users respect and understand the device limits outlined in the EULA." The company did say that it tracks the number of tablet installs on each Office 365 account so in theory someone who abuses the limit could be discovered.

Of course, unlike a stand-alone software product purchase, Office 365 subscriptions could not be renewed by the original account holder so if that happens all those Office for iPad installs will revert back to "read only" mode.