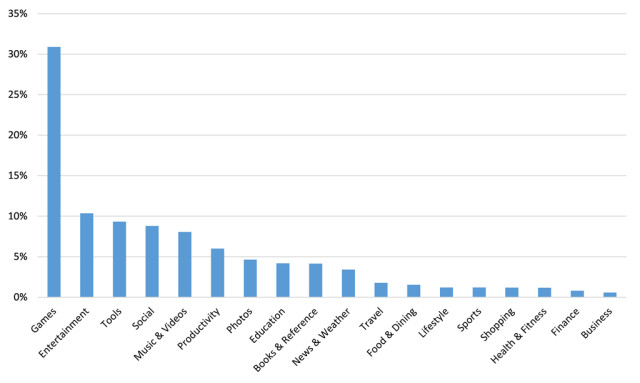 As you compare the first and second graphs in this blog, you can see different trends and new potential opportunities. For example, the Games category has the highest number of downloads, but also has many more apps in the catalog so the competition is higher. As a result, there is a lower number of average downloads per app in Games than in Productivity or Photos.

Specific download numbers for each category were not revealed. Last week, Microsoft said that paid game downloads in the Windows Store went up 34.12 percent for the month of November and free game downloads were up 13.41 percent.