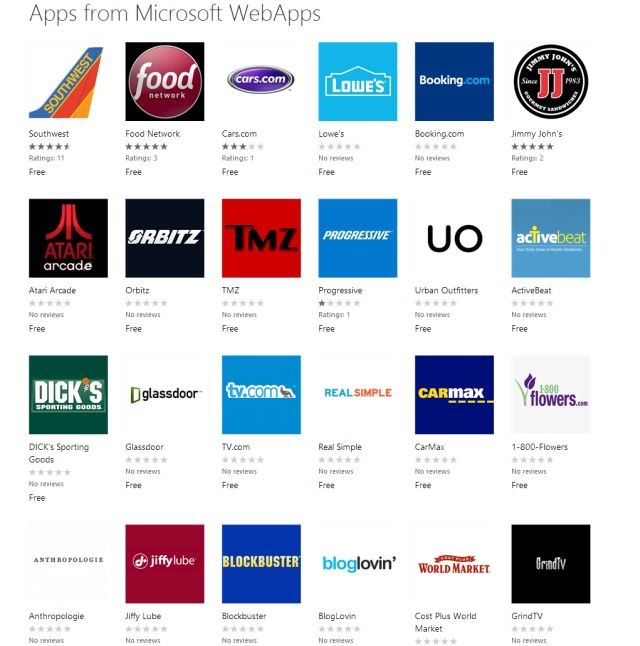 The Windows Phone Store currently lists 46 such apps under the "Microsoft WebApps" label. As you can see from the partial list above, many of them are online shopping destinations such as Cars.com, 1-800-Flowers, J. Crew, Crate and Barrel and more. Others are news websites such as Variety, TV.com, and TMZ.

ZDNet got a statement from Microsoft on the matter, with a spokesperson saying that this effort was made to help Windows Phone users " ... access great mobile experiences on Windows Phone by creating pinnable Web Apps that show up in the app list." The statement added that Microsoft does not consider these efforts to be replacements for any native apps and that the company hopes it will jump start interest from the companies it has picked to get them to make real apps for the OS.

Microsoft has made this kind of move before when it created a YouTube "app" that is basically a fancy link to its mobile website. It's possible that some of the companies that Microsoft has picked for its 'WebApps" project may not take kindly to having their content repackaged and offered, at least on the surface, as an "official" Windows Phone app. We have emailed many of the companies involved for comment.