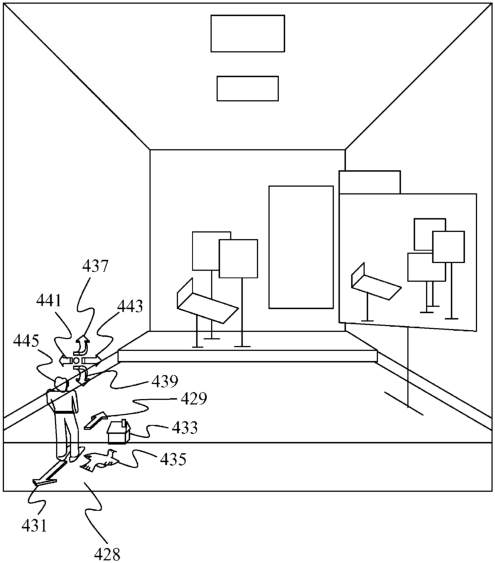 Three-dimensional user interfaces are nothing new - to the crowd that dares to try the first experiments of moving away from the traditional flat desktop metaphor. They haven't gone far, unfortunately. One of the more notable experiments from recent years was BumpTop, a project that came out of a graduate of the Computer Science department at the University of Toronto. The original prototype from four years ago showed a desktop very much like a real physical desktop, but with the ability to stack documents as virtual "papers." BumpTop's life came to an end last year following Google's acquisition of the small startup - the results of which are yet to be seen.

Before BumpTop, there was also another attempt at a three-dimensional desktop by another Toronto-based startup, but they took the metaphor to the next level - placing the user into a virtual "home" where their photos, favourite sites, and applications are modeled into virtual photo frames, a virtual control center, and throwable objects. Remember the 3DNA Desktop? It's still available for download, although the application appears to be abandoned. The user is thrown into a virtual spaceship, a loft, an underwater lab, or a villa, and they can interact with anything they see.

Microsoft has had their attempts before at creating user-friendly virtual environments, although both suffered from being too obnoxious - first with the infamous Microsoft Bob, then with Clippy and his virtual assistant friends who tortured Microsoft Office users for years. This latest attempt bears some resemblence to both BumpTop and 3DNA, as seen in a recent patent awarded to Microsoft which was spotted by MIT's Technology Review (via Engadget).

This latest patent, titled "Method and apparatus for providing a three-dimensional task gallery computer interface," offers users a way to group together application windows in a three-dimensional world, instead of the current hide-and-show mechanics behind Windows 7's taskbar and the Command Center in Mac OS X Lion. The researchers behind this patent believe users can take advantage of spatial memory to memorize where they placed a window they were working with, instead of trying to search for where the operating system tucked it away.

Some new hardware will be needed to navigate this interface, such as a 3D mouse. Whatever comes out of this experiment, however, we can be sure it's no Clippy or Bob.