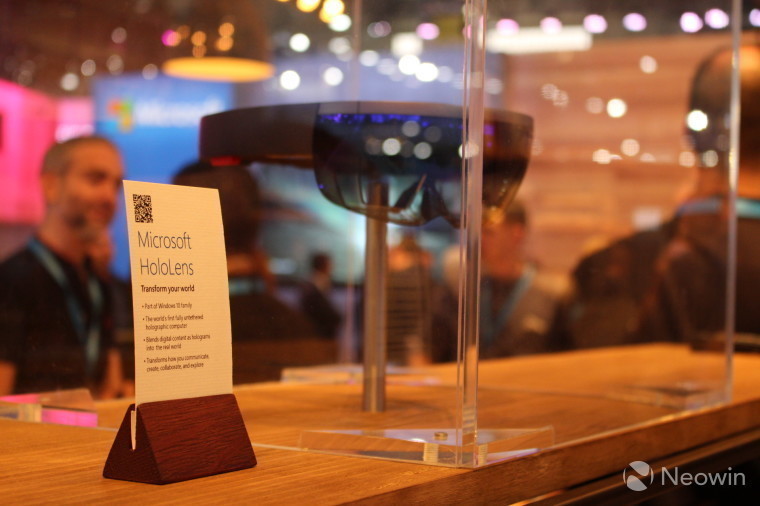 If you love technology in all its forms, it's almost impossible not to feel at least a tiny bit of excitement at the prospect of HoloLens. Microsoft has presented a compelling vision of how its holographic platform could reshape the world around us in all sorts of remarkable ways, reinventing familiar - and even relatively mundane - tasks with its augmented reality (AR) offering.

However, it's just as easy to be disheartened, perhaps even skeptical, if you focus on the negative aspects of the nascent device - from its limited battery life, to complaints about its limited field of view. And who could blame you? It's a new device pushing into a field of technology that has so far only seen limited real world usage, and when Microsoft's hopes for the platform are clearly a great deal more far-reaching than anything so far achieved in the AR space, it may well be tempting to dismiss its efforts as little more than ambitious bluster.

But it doesn't take much imagination to conceive of the extraordinary ways in which this technology could be genuinely transformational in any number of applications - and Microsoft's efforts to "empower" developers to enable those scenarios are far more convincing than some give it credit for.

At its Build 2016 developer conference last night, I had the opportunity to try out HoloLens in a special media session of Microsoft's 'Holographic Academy'.

The session was, at its heart, a fairly simple series of demos threaded together with a loose narrative. There was an orientation segment, which included setting up the device, along with basic training on interactions. This was followed by a solo portion, during which we were each tasked with interacting with our own ‘Energy Hub’ – a small, virtual, disc-shaped object that could be ‘placed’ into the real-world surroundings, such as on the floor or on a table-top, and which would then open up to reveal a floating crystal dishing out triangular shards of some unspecified form of energy.

Before proceeding into the next task, we were each told to select a ‘Poly’, a virtual mechanical avatar that ‘hovered’ over our own shoulders, invisible to ourselves, but visible to the others in our group. Among a group of six, we were then able to interact with the same single Energy Hub, collaborating to move it around and position it as a team, before finally being armed with virtual weapons and told to destroy the Hub in order to open up a portal into the Poly world, to besiege it with our deadly attack.

I fear I’m not doing justice in my description to the fun of the experience – but of course, since everything that we could see was visible only through our headsets, it wasn’t possible to snap photos of what appeared to us through them.

This was a point of much amusement among all of us, as we all walked around firing invisible weapons with our fingers, and reaching out to touch invisible objects in thin air – we wondered just how ridiculous we probably looked to those who couldn’t see the visuals that we shared through our networked HoloLens headsets.

But while my description may be somewhat lacking, I can only hope that you’ll take me at my word when I say that the whole thing was jolly good fun – particularly when the portal opened up in the floor and we were able to stare down into the Polys’ realm, to fire at them and blow the little critters to kingdom come.

But even as we enjoyed that delightful silliness, it was easy to look beyond the confines of the demo experience to imagine how the same principles could extend to other scenarios. Chatting with Richard Hay from WinSuperSite, for example, we agreed that kids would probably go crazy for the fun of having a virtual sidekick like the Polys, especially if they could replace them with their favorite Disney characters.

And of course, as we’ve seen many times in various Microsoft demos and videos, the collaboration benefits of HoloLens are too numerous to mention – indeed, it seems that a key limitation there is the wait for the software to be created to bring those scenarios to life, whether in the medical industry, gaming or something as simple as buying a new car.

There is another limitation, though, of course, and that is the hardware itself. There’s no mistaking the fact that HoloLens is a first-generation product, and as an early device on a newly emerging platform with technology that is far from mature, the product represents only a small first step towards what it might one day become.

The headset is a marvel of engineering, but it’s still fairly bulky, and probably heavier than you might expect at first. Even so, it’s pretty comfortable once you get used to it, although it seems likely that most users wouldn't want to wear it all day anyway. And besides, the battery life of just a few hours would put a stop to that anyway.

The field of vision is, alas, far more limited than many might expect upon glancing at the wide curved glass that wraps around the front of the headset. But even here, Microsoft has made considerations to make it easier for users. While ‘stationary’ holograms – those that have been ‘placed’ in a fixed spot in the virtual environment slide in and out of view as you move around, there’s also the option to keep holograms you’re using permanently in your line of sight, helping to minimize the problem of the narrow field of view. That’s not an ideal long-term solution, but it’s a sensible workaround for the hardware that exists today.

And that really brings us to the crux of the matter. HoloLens, in its current form, is not representative of the ultimate potential of Microsoft’s vision for augmented reality – it is merely a first step. The hardware is remarkable, but imperfect, and even the software side of things is only at a very early stage.

Microsoft has already established a huge repository of documentation for its Windows Holographic platform, and created a strong foundation of first-generation tools that will help developers to create compelling experiences to make holographic interactions fun, useful or informative. Even so, it will take time for developers to get to grips with exploring ways of making the most of these new three-dimensional environments, and it will also take time for Microsoft to offer them the ability to create even more powerful and exciting scenarios to impress consumers and win over businesses.

But not all that long ago, even building a website was a far more complex and cumbersome task than it is today. With the advent of more powerful hardware and cloud computing, and the rise of platforms that can automate a vast range of tasks, you don’t even need to be a developer to build your own website any more, and even features like managing bookings or accepting payments can be added to a site by those with virtually no knowledge of coding at all. You don’t have be a skilled developer to create an app these days either.

Once Microsoft has taken these first steps with its developer community – eventually progressing to more powerful HoloLens hardware, more capable tools to create exciting new software, and a diverse ecosystem of holographic resources, apps and experiences – its augmented reality vision will continue to mature beyond the version that we see today. Eventually, we may even see the development of AR scenarios become so simple and flexible that those with little coding knowledge can build and manage their own.

Perhaps you can’t fully appreciate the full potential of HoloLens until you’ve experienced it for yourself. And it’s worth noting that there are no doubt those who have already experienced it, but who have still declared it a dud. But to write off HoloLens, and Microsoft’s broader AR vision – based on little more than what the hardware and software looks like today – is incredibly short-sighted.

The potential – for consumers, businesses, developers and, yes, for Microsoft itself – is huge. HoloLens is far from perfect right now, but it doesn’t have to be; this is the beginning of a much longer journey, and Microsoft’s efforts so far represent only a few small steps towards its ultimate goal of bringing AR to the real world on a scale never seen before.

This is just the start; indeed, it could well be the beginning of something amazing.