Unless you've been living under a rock for the past week or so, you know the global turmoil surrounding Russia's invasion of Ukraine. Often at times like these, multi-national organizations step up to take a stand for a cause that they believe in. Such is the case with Microsoft which has today announced some steps that it will take to protect Ukraine's digital systems and dismantle state-sponsored Russian content. 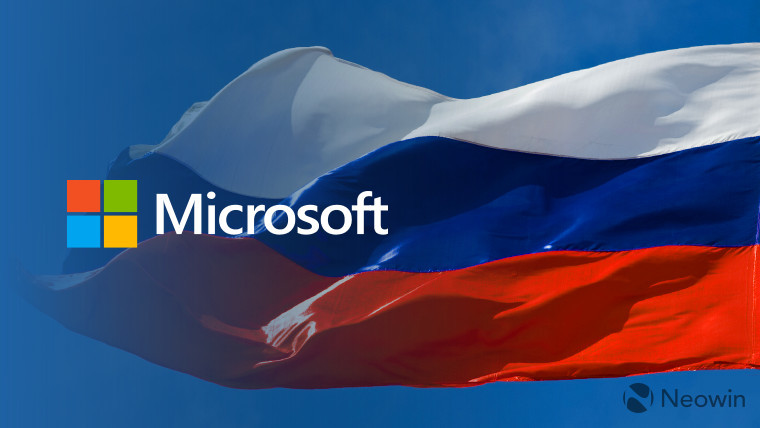 Microsoft has highlighted that even before movement of Russian tanks, it had informed Ukrainian authorities about cyberattacks on their systems via a new malware package called FoxBlade. The company provided guidance on how to protect individuals against this activity and also added FoxBlade detection to its Defender service within three hours of discovery. The effort surrounding this area is ongoing and Microsoft says that it is constantly collaborating with Ukrainian cyber defense officials and NATO personnel. However, the company has noted that cyberattacks on Ukraine's civilian sectors such as agriculture, financial, and healthcare raises concerns about the Geneva Convention.

Microsoft is actively working to remove state-sponsored disinformation from its platforms too. The Microsoft Start news service (which is a combination of MSN News and Microsoft News) will no longer show any state-sponsored content from Russia Today (RT) or Sputnik. RT and Sputnik search results are being de-ranked on Bing too and will not show up unless you explicitly issue search queries for content on those sites. Similarly, RT's news apps are being removed from the Microsoft Store too. State-sponsored ads from RT and Sputnik won't be allowed on Microsoft's ad platform either.

Microsoft is also collaborating with humanitarian organizations to provide technological and other resources. This includes the activation of the Microsoft Disaster Response Team and donations from the company as well as its employees.

Regarding the protection of its own employees in Ukraine and Russia, Microsoft has emphasized that:

Like other multinational companies, Microsoft is devoted to the protection of its employees. This is of obvious and vital importance for our employees in Ukraine itself, and it includes ongoing and extraordinary efforts by our teams to help our employees and families, including those who have needed to flee for their lives or safety. It also includes our employees in Russia itself, who did not start this war and should not risk discrimination inside or outside their nation either because of their employer’s actions to protect others or the decisions of a government they do not control. We also remain closely focused on support for our employees in the broader region, where we are monitoring the situation closely. As a company, we are always committed to the safe protection of our employees in every country, even when they live on opposite sides of a border marked by conflict.