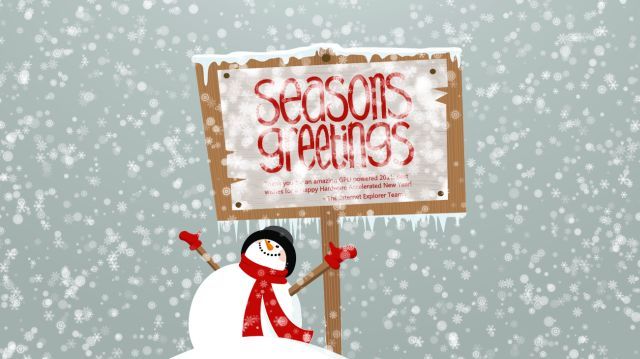 This past weekend, Google gave users of its search site a cool little holiday themed "Easter Egg" surprise when users typed in "let it snow" in the site's search box. Now Microsoft has answered the call with its own little holiday web site that can be seen on the Internet Explorer Test Drive web site.

The "Let it Snow" site itself uses HTML5 as well as other web programming to let users control just how many snowflakes appear on the screen, from 100 to a whopping 4,000 snowflakes. As you might imagine, having that many snowflakes appearing on your computer monitor at once can cause some frame rate reductions. The snow actually covers up the sign above the happy snowman. Moving your PC cursor over the snow-filled sign reveals a holiday greeting from the Internet Explorer team.