Nearly a year ago, Microsoft announced Bing for Schools, an effort to give K-12 schools in the U.S. a way to access their search engine without any ads. Today, after allowing a number of school systems to try their service out, Microsoft has announced the ad-free Bing is now available for all K-12 school systems in the United States. 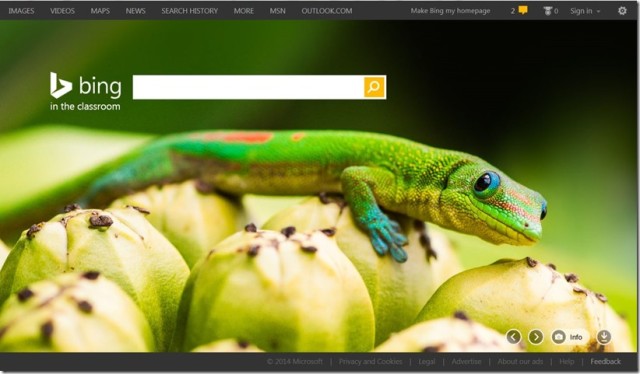 Microsoft has also changed the name of the program to Bing in the Classroom so that the branding fits better with other education-based efforts from the company. Before today's announcement, Microsoft let 4.5 million students in over 5,000 schools in the U.S. access Bing without ads. Now all a school or school system in the country needs to do is fill out an online form and their Bing search experience won't have any ads after a few days.

Microsoft is clearly going after the vast search market share owned by Google, which is largely supported with ads. Indeed, in a blog post about the Bing in the Classroom details, Microsoft pretty much called Google out for their search policies, stating, "At Bing we think advertising done well is an additive and essential part of the search experience. But sometimes the best innovation is knowing when to take something away."

Microsoft is also letting Bing Rewards members who want to use their points to donate buying a new Surface tablet for their school easier by letting people search for their preferred school by zip code. They can also see how many tablets have been donated to their school and how many Bing Rewards credits have been given towards the purchase of the next Surface.