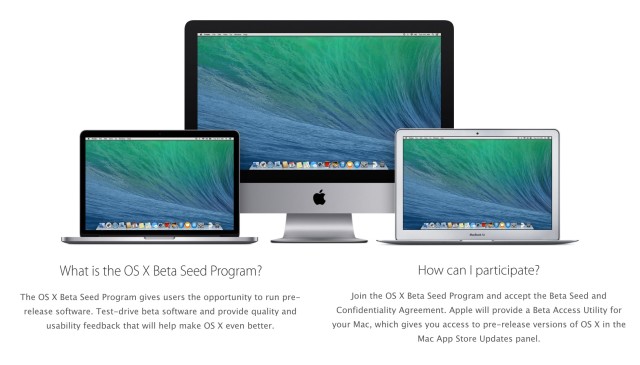 If you're thinking early access to OS updates sounds familiar, you would be correct, as Microsoft has been doing this for years with its ‘Preview’ programs. But while it may appear that Apple copied Microsoft’s techniques for beta testing software, these two companies are, of course, not the only ones who participate in this open practice.

To sign up for the program, you can check out the link here and be prepared to tell Apple a few bits about yourself to complete the process.

When it comes to installing beta software, even if it is from official sources, it’s perhaps best to not do this on your main machine, as there remains a chance that the software may not be perfect.

The reasoning for Apple to open up this process is quite simple: with more users testing updates, this provides a larger sample pool, improving the likelihood of finding issues before the final version of the software is pushed out to all users. It’s a quality control maneuver and it’s hard to fault any company that wants to improve its software.

For now, the program is only open to OS X users, while iOS access still requires a developer account. Apple may be testing the waters with OS X and if all goes well, it could open up the service to iOS users in the near future.