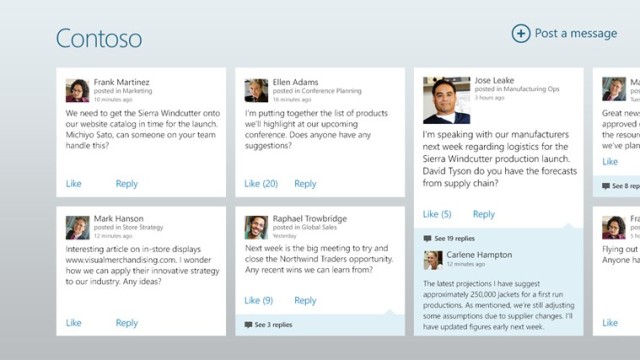 The Windows Store website now has a download listing for the free Yammer Feed app, which lets customers who are signed on to use the business-themed social network view messages and notes from their co-workers who also use the feed. Users can also post their own messages and replies with the app, along with liking other posts and more.

It's a pretty basic app in terms of its design and features and it's clearly made as just the first step in what will likely be many future versions that will add more features. Microsoft has got some big plans for the Yammer division, which it acquired in 2012. Already, the Yammer news feed and network can be set as the default for business users of Office 365, and more Yammer integration with Office software is planned in the coming months.