During the press conference for Microsoft’s Windows Phone “Mango” the Windows Phone team confirmed a lot of rumors that have been speculated over in recent days, including that Mango would bring 500 more features to the operating system. 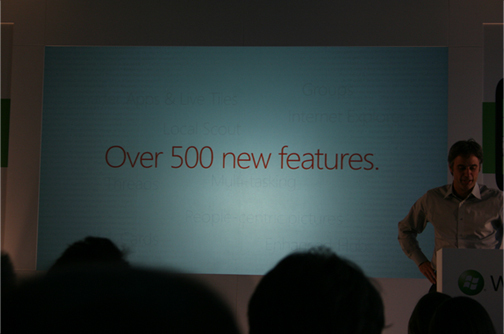 While there were a lot of different topics discussed, in the developer session with Brandon Watson, the Lead of the Developer Experience team for Windows Phone we inquired whether they would be bringing the type of Skype integration that they have provided for Facebook and Twitter. Brandon responded by confirming that there would be a Skype app coming to the marketplace but could not confirm a time, as the Skype deal had only just been made. He then refused to comment on the type of integration, if any, with the Windows phone although we suspect that the Skype app will receive a similar type of integration that Facebook and Twitter have.

It was only two weeks ago that the official word from Microsoft was announced and one of the biggest acquisitions in history was made. Microsoft paid Skype an incredible $8.5 billion in cash which was rumored earlier that Monday night.

The acquisition means good things for Microsoft as it gives them a great edge against Apple’s Facetime. Given Skype has an established user base of 170 million users it will most likely have an effect on Facetime, especially if the Skype app is free.