Owners of older Windows Phone devices have benefited from the Bing apps team at Microsoft with the previous launch of the Bing Translator app. Today, Microsoft announced a new version of the app is now available for download for Windows Phone 8 smartphones such as the Nokia Lumia 920 and the HTC Windows Phone 8X. 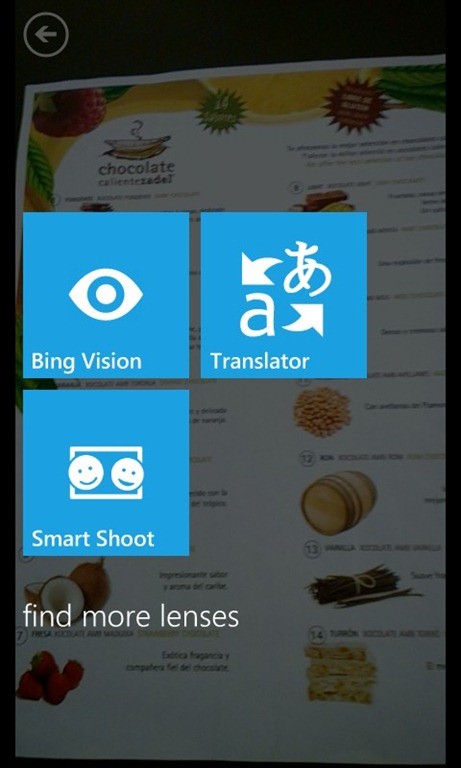 The new version of the app, according to the official Bing blog, still allows its users to translate foreign languages on their mobile phones. Bing Translator handles this several ways, including simple text translation via the keyboard or by using voice recognition to translate spoken words. It can also use the phone's onboard camera to translate text from images such as signs, newspapers and other items.

Windows Phone 8 product owners will be receiving a minor upgrade for the app's camera feature through the update. Microsoft says that it contains a new "lens," shown in the screenshot above, that will let users access the camera translation feature more quickly. The app still contains a way to download language packs so they can be used offline, however.

According to the blog post, the Bing Translator app for Windows Phone has now been downloaded over one million times since it was first released.