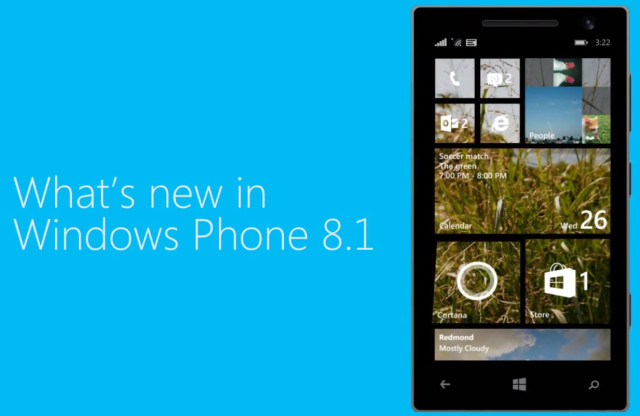 Not sure what Windows Phone 8.1 is about? Well then shame on you for not reading our full, detailed review! Once you have read it, you might also want to check out a couple of new videos from Microsoft, explaining some of the new features available in the OS.

Although the developer preview has been available for older units since last month, the release of the Nokia Lumia 630 - which launched most recently in the UK - marks the official debut of Windows Phone 8.1.

The first video shows some of the more basic features of Windows Phone. The video introduces users to the unique Start Screen, Live Tiles, app store, app list, and many other core elements of the OS.

The second video focuses on Windows Phone 8.1, including some of the new and advanced features like Cortana, how to customize and set-up a third row of Live Tiles, Wi-Fi Sense, and more. The video also introduces users to less prominent features, including the new Swype-style "shape writing" keyboard, the pull-down menu for independent volume controls for ringers / notifications and media / apps.

Windows Phone 8.1 is now available on the newly released Nokia Lumia 630 and as a download via the Developer Preview program. The preview for developers is not an official public release and could contain bugs and have issues, so download at your own risk.