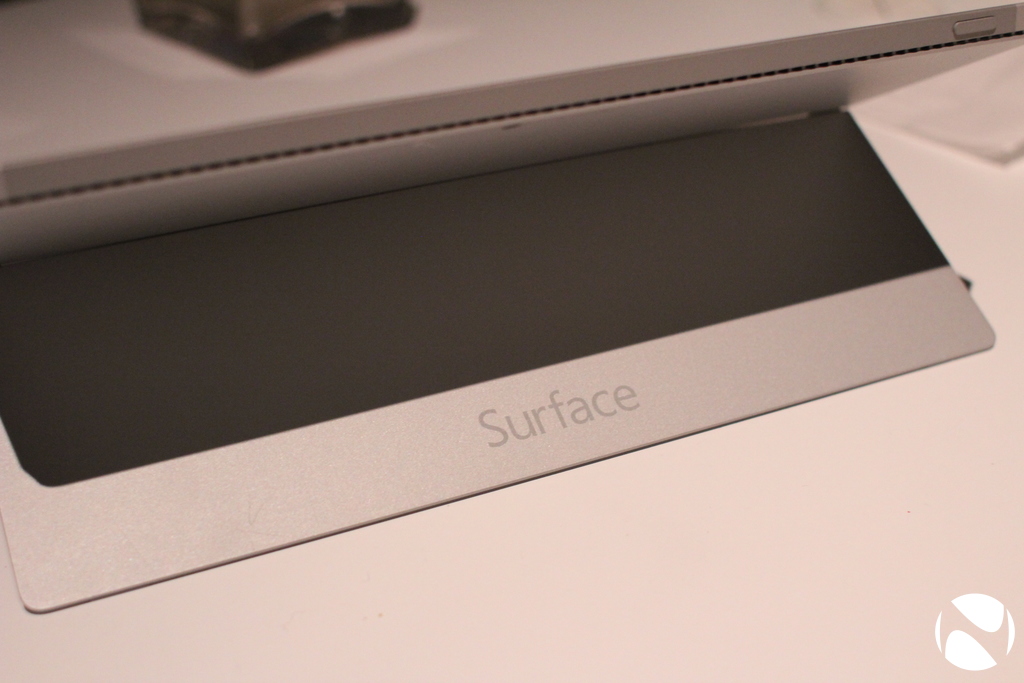 When the Surface mini was not announced at the Surface keynote, it was quite the shock for many avid Microsoft fans. The device, which has been rumored for well over a year, and almost completely detailed in an endless series of leaks, was expected by almost everyone to be announced - but alas, here we are, with no mini to purchase.

So what happened? Well, it was canceled at the last minute and we have been able to find out a few more tidbits about the final hours leading up to the launch event for those who are trying to understand what exactly happened - and just what the future holds for the mini-tablet.

Before we go through the current events, we need to take a step back to understand the processes that took place up until the device was supposed to be launched. The mini first made its presence known with leaks of what was believed to be an Xbox companion device or something similar. While that 'Xbox Surface' never materialized, likely because the positioning never truly made sense when you observe how Microsoft has used the Xbox brand and its current tablet marketing efforts, the device itself was, and is, real - but it has evolved from its origins as a gaming-focused tablet.

More concrete evidence started to turn up last year around the time of the launch of the Surface 2, with well-placed sources saying that they had seen the device on Microsoft's campus, and confirming that it was not just a piece of vaporware. In fact, as we previously reported, it was scheduled to be released around that time as well, but a 'business decision' was made to hold off on the device and push the launch out until this Spring.

As we approached the launch of this event, the details started coming out and the mini picture was Microsoft now has to store 15-20,000 minis that were already produced. being assembled through various leaks across the web, both here at Neowin and via other reputable news outlets. When you have several, completely independent groups getting information, it becomes clear that something is happening as the Microsoft beehive aligns the bits and pieces to push the product into the retail sector.

Days go by and the channels start lighting up with more information, some of which we passed along, and other bits that we sat on for some time, as it can be a bit confusing as information trickles down the pipeline. I want to be clear, to make it known that the Surface mini information had been floating around for some time. But in an effort to try and understand the true picture, we can't simply report on content as soon as we get it; rather, we want to do our best to isolate the signal from the noise.

We do this, in part, by finding multiple sources of content and then seeing where the overlaps occur; when we can find the overlaps, we can begin to assemble a credible picture of what's actually happening, and then we can take it to the news front page to report it to you.

So what happened? Here is what we have learned. The report earlier that it was an executive decision is accurate; we were told it was a "management directive" to not launch the device. More so, the device was already in production, with thousands - 15,000-20,000 of them - having already been made, and which now are sitting somewhere, locked up, waiting to see the light of day.

Now that quantity may sound like a lot, but in terms of mass produced consumer goods, it's likely a first-batch run to make sure the assembly procedures are scoped and specced properly. But the device is real, and some units have come off of the assembly line, but alas, the project has been put on hold.

We have heard a few reasons as to why it was put on hold, but everything we have heard points to this being an eleventh hour decision, with our source saying it was made as late two days before the keynote. But why? Well, the lack of differentiating features and the fear it may not sell well is one suggestion, and with Microsoft keeping sales figures of its devices close to its chest, we really don't know how well Windows RT-based devices actually sell.

The other reason we have heard - and this one comes from a source who has provided credible information in the past - is that Microsoft is now waiting for the touch-based version of Office to arrive, which should be this fall, according to the last bits we heard about Gemini.

Seeing how Microsoft has treated the Surface mini, anything is possible now as it could be a full year past the initial launch window before the device finally makes its début. Will they kill it off for good? I don't think so, but do they want to make sure it has it's own unique value proposition that is different from the Pro 3? That seems more plausible.

When we first started talking about the mini, we reported that it was going to be a note taking tablet with 'custom apps'. What the Surface Pro 3 embodies are some of those design principles, with OneNote getting deep-rooted integration, and seeing Photoshop CC with pen support on the device.

But to get the most out of the mini, it needs a touch-based version of the Office because unlike the Pro 3, the screen is significantly smaller and precision input on apps, especially with big fat fingers, becomes far more critical. The Mini will launch when Gemini is ready With only OneNote now having a truly touch-friendly UI, the mini would have launched with an older version of Office, a modern version of OneNote, and would have provided an experience that is less than ideal and not up to Elop's or Nadella's standards, leading to the decision to delay the launch.

So what does Microsoft want to do? It wants to give the mini a touch version of Office out of the box as one of its selling points so that users don't feel locked into only using OneNote. On the Pro 3, it's quite easy to use Office thanks to the significantly larger display and as such, there was never any real reason to hold back that device.

While we don't love that management tossed a bucket of cold water on to the mini release, it is all that makes sense from how quickly the rumors ramped up and then all of a sudden died on the keynote chopping block. We know this won't be the last we hear about the mini but until Microsoft tells us one day what actually happened (don't hold your breath), this may be the best we can get, for now.