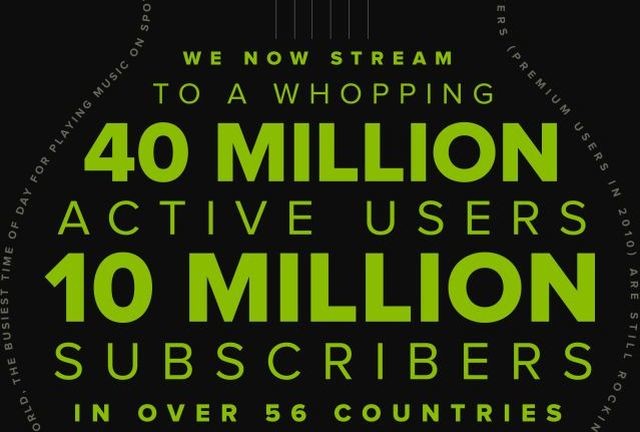 Today's update means that Spotify managed to add another five million subscribers just 18 months after it added its first five million. The company also announced that it has 40 million active users worldwide, which means that about a quarter of them pay for the premium service.

The numbers show that Spotify continues to expand, even as rivals like Rdio and Deezer try to take away some of its market share. It also shows that lots of people are willing to spend money to access a music service that's based on streaming content rather than downloads, like Apple's iTunes service.

To celebrate the occasion, Spotify has released a rather cool infographic which you can see below this post. It shows that its users have created 1.5 billion playlists on the service since it launched and five million of them are made or updated every single day. If you read the guitar outline text, it also says 70 percent of their paid premium users in 2010 have stuck around. In other words, there is not a lot of turnover on the service.