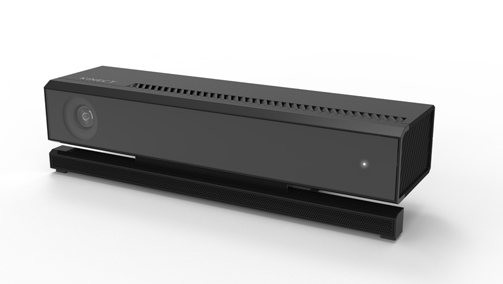 Microsoft announced in May that the Kinect sensor made for the Xbox One console would also be released in a Windows version. This week, the company revealed the final look of the Kinect for Windows v2 device and as you might expect, the changes compared to the Xbox One version are minimal.

In a post on the Kinect for Windows blog, Microsoft says that the "Kinect" branding is visible on the top of the sensor and a simple power indicator is placed on the right side of the product, rather than the glowing Xbox logo.  The hardware will also come with a hub that serves as a connection from the sensor to the power supply and the USB 3.0 cable that's needed for the PC link.

Microsoft started sending hardware and SDK preview versions of Kinect for Windows v2 to thousands of developers in November in order to give them a head start on app creation. In fact, NASA started using the preview hardware as part of their robotic research. This week's blog states that the final version is "getting closer and closer to launch" but so far the company has not revealed a specific date for that event.