Last month, Microsoft confirmed that it was working out its strategy for dealing with the 'right to be forgotten' ruling in Europe, but it gave no clear indication on when it would be in a position to implement its plans. While the company has not yet committed to a firm date, it has said that it will launch a request form soon. 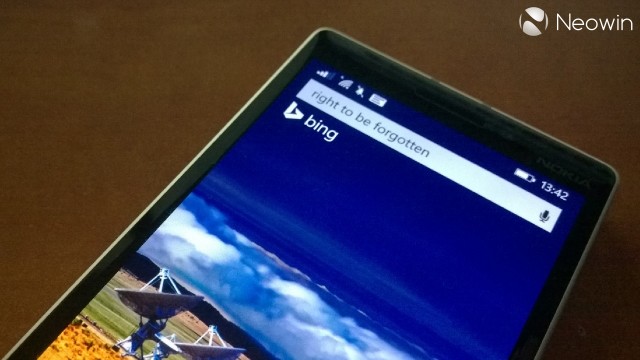 The European Union Court of Justice determined in May that search engines must allow European residents to request that any search results about themselves that they consider 'irrelevant' or outdated be removed, although the person making the request must submit some form of justification for doing so.

So far, only Google has implemented any processes for dealing with these requests. The decision to approve or deny a request is made by a Google internal review panel. If approved, the company does not 'delete' any results; rather, it simply hides the links from its search results across the 28 EU member states, as well in Norway, Iceland, Liechtenstein and Switzerland. However, the 'hidden' results remain visible on Google sites in every other part of the world.

Google began receiving requests two days after the ruling, and set up a submission form two weeks later. The company has since started acting on those requests, although it has been criticized for its questionable implementation so far. Microsoft will no doubt have been watching Google's actions - and the resulting public reaction - to try to learn some lessons from Google's approach as it develops its own policies and processes for its Bing search engine in Europe.

A Microsoft spokesperson told TechCrunch: "We're continuing to work out the details on how we plan to implement the recent ruling by the European Court of Justice and expect to launch a form soon for EU residents to submit requests."

We expect Microsoft will want to push this feature out soon, as the company would not want to find itself accused of failing to comply; as it has learned in the past, that kind of thing can result in hefty fines.