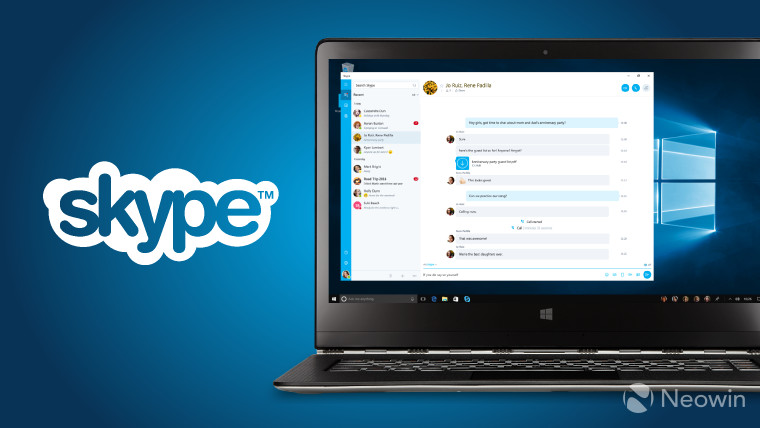 When Microsoft released the Windows 10 Anniversary Update last year, it did so with an incomplete 'Skype Preview' app, which lacked many of the features available in the full desktop application that users were familiar with. Skype Preview was built on Microsoft's Universal Windows Platform (UWP), and has gradually seen new features added with the help of millions of people on the Windows Insider Program.

Today, nine months since the Anniversary Update was released, Microsoft began rolling out its latest Windows 10 Creators Update for PCs. Coinciding with general availability of the new OS version, Microsoft has announced that "Skype is graduating from Preview mode for all of its users".

"In other words," it added, "Skype for Windows is ready for everyday use, complete with new and improved features." Having dropped its Preview suffix, the app is now simply identified in the Creators Update as 'Skype'.

This isn't a great surprise, of course, given that some Insider Preview builds already made that change several weeks ago.

Those upgrading to the Windows 10 Creators Update from today will find various new features in the Skype app, including a 'mini view' window that lets you continue a video call while switching to other apps; improvements to the messaging experience, including support for keyboard shortcuts; and a better group video calling experience. Microsoft added:

This all comes in addition to previous features you know and love, like the ability to share screens, photos, videos, documents, and files (up to 300MB). Mojis and emoticons will continue to let you express yourself in all sorts of fun ways. The app also includes exclusive features for Windows 10 users such as SMS relay for Windows Mobile and Skype Translator for calls to mobiles and landlines. And it’s all free, no matter what device your friends, family, and coworkers use Skype on.

Even language isn’t a barrier anymore, with ten languages available in Skype Translator, including our most recent Japanese release, and the ability to call mobiles and landlines using Skype Translator on your desktop.

Do you think Skype is "ready for everyday use" on Windows 10? Share your thoughts with us in the comments below.