Microsoft is planning to release Office for Mac 2011 on October 26 according to online retailer Amazon.

The retailer listed several versions of Office for Mac 2011 on its site on Friday with expected dates of October 26. 9to5mac spotted the listings and is confident this is when Microsoft plans to release its latest Office for Mac offering. The date coincides with official confirmation from Microsoft's Office for Mac team, who stated that the product would be available at the "end of October".

Office for Mac 2011 has undergone 6 different private beta builds. Microsoft issued a beta 3 update in late May which included brand new splash screens, icons and minor tweaks to several toolbar and ribbon icons. Office for Mac won't come with all the components that are available in Office Professional Plus for Windows, but will support Word, Excel, PowerPoint and Outlook. Office 2011 for Mac will be the first time Outlook is available on the Mac, offering similar functionality and appearance, including a Mac inspired theme ribbon, as Outlook 2010 for Windows.

Office for Mac 2011 will also allow for multiple document editing, so users can edit the same document at the same time, without getting a lockout notice.  Office for Mac will include document sharing with other Mac and Windows office users, through SharePoint, SkyDrive and web apps. 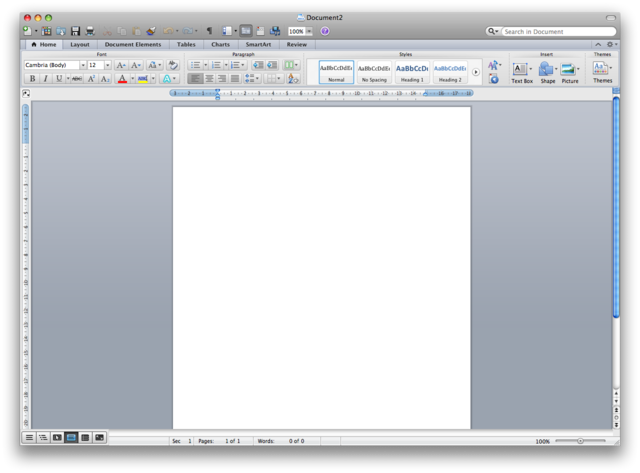