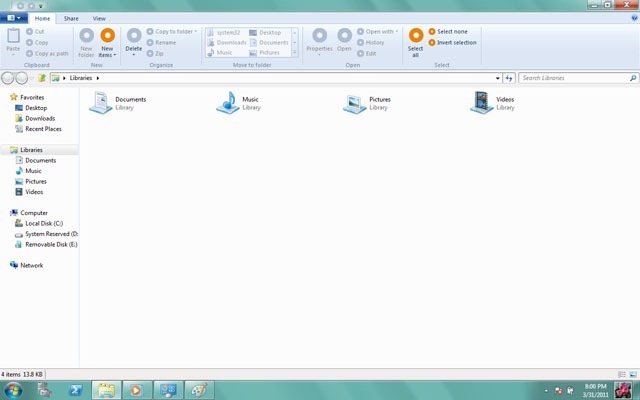 In the midst of the latest Windows 8 welcome screen and Microsoft starting to take action on websites that leak Windows 8 screenshots and features, a new set of screenshots have been revealed by Rafael Rivera and Paul Thurrott.

The latest screenshots show that Microsoft is looking to expand its ribbon UI from simple applications like Calculator, Paint, and more advanced software applications like Office 2010, comes the ribbon interface being revealed under Explorer.exe shell.

The screenshots reveal that Microsoft is testing a ribbon style UI in Windows 8. The ribbon is still obviously in early alpha stages and shows placeholders for the time being.

Windows 8 is still under heavy secrecy and restricted to employees only. As with the latest Windows 8 welcome screen images, these images come from a very credible source and are believed to be real. However, this doesn't necessary mean that Microsoft will use this in their final product release. Much like the codename Longhorn builds, Microsoft likes to toy around with designs and functionalities.

More images can be found here.