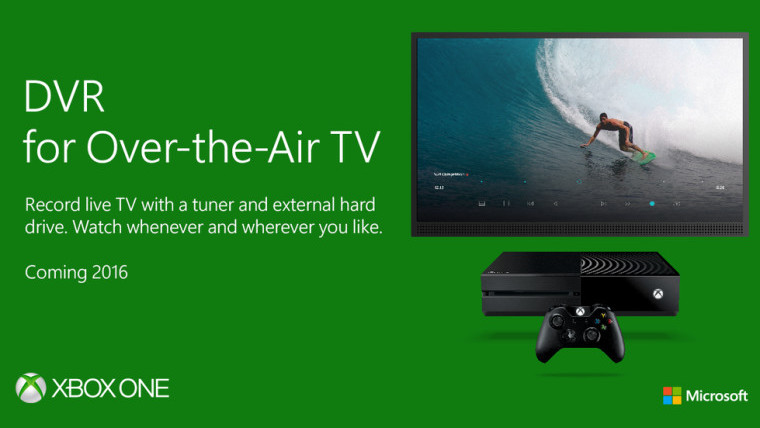 Last August, Microsoft announced that it was working on adding a new TV DVR (digital video recording) feature to its Xbox One console, building on other TV functionality already supported by the device.

Seven months later, it hasn't yet arrived - although Microsoft didn't commit to a specific launch date, saying only that it was coming at some point in 2016. But Paul Thurrott says he's been informed that the new DVR functionality is now being tested internally ahead of its eventual launch.

According to an unnamed "source very close to Microsoft", an internal Xbox One build, th2xboxrel_1603.160308-1900 (known also as 'Xbox One Threshold Beta 1603 System Update'), includes the new feature, allowing those who have access to it to record 'freely-available over-the-air' TV broadcasts.

As you would probably expect, the feature is said to continue working while you're playing games, watching live TV, and even when the console isn't fully powered up.

There's still no indication of when TV DVR functionality will actually be released, but given that it's apparently being tested internally now, its launch may not be too far away.