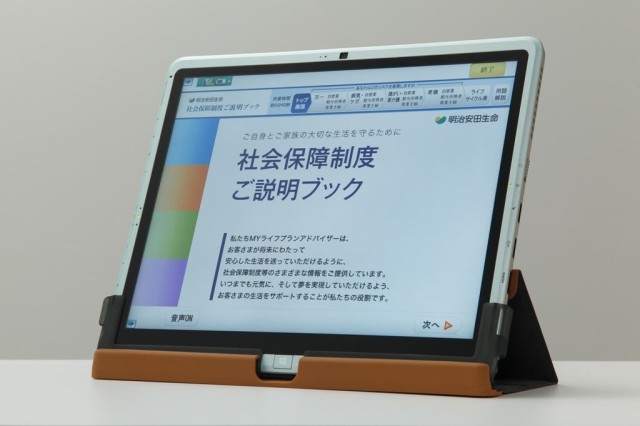 Nearly eight months from today, Microsoft will cut off support for Windows XP, which currently is used by over 37 percent of all PCs, according to Net Applications. Microsoft's current goal is to get that Windows XP percentage down to below 10 percent before support ends on April 8th, 2014.

Microsoft is taking a pro-active approach to reaching its goal by helping large businesses that are still using Windows XP make the transition to its newer operating systems. Today, Microsoft announced it is assisting a large insurance Japanese company, Meiji Yasuda, to switch from using Windows XP PCs to custom made Windows 8 tablets from Fujitsu.

The move will affect 30,000 people when the switch begins in September. Microsoft says:

Previously, the sales team prepared proposals on their Windows XP-based PCs and then printed them out in order to share with customers. Using the Windows 8 tablets, their sales efforts will be more efficient and the customer experience will be greatly improved. The company also expects to process contracts more quickly, while ensuring customer security is protected and eliminating the need for printed documentation altogether.

Even though the company will soon be using Windows 8 tablets, Meiji Yasuda's custom Windows XP applications will still be compatible with their new Fujitsu products, while also adding features such as signing documents electronically via a stylus as part of going all digital in their documents.