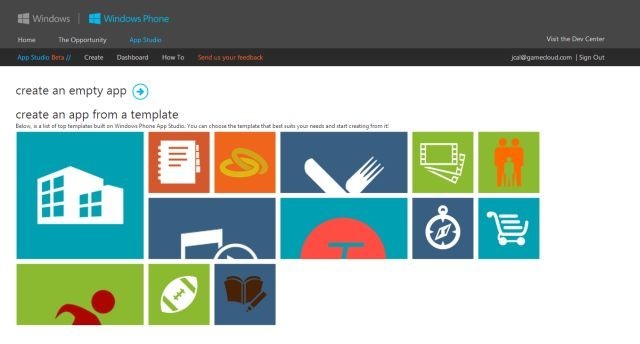 Microsoft has released an update for the Windows App Studio Beta to enable localization in nine new languages and the ability to sideload apps on Windows Phone 8.1 for testing.

Windows App Studio was launched by Microsoft last year, to introduce new developers to Modern Apps on Windows and Windows Phone. The relatively easier process to develop apps with App Studio was received well and managed to bring 55,000 new apps to the platform.

Now, Microsoft has announced an update for App Studio with support for 9 more languages which include Chinese, French, German, Italian, Japanese, Korean, Portuguese, Russian, and Spanish. The documentation, how-tos and support websites have also been updated with these languages. Developers who package their apps in one of these languages will be able to use the localization resource file for the top bar and about pages.

Additionally, the new update will now enable developers to test their Windows Phone 8.1 apps by sideloading them directly to their devices or share with other App Studio members. Other features that have been added to App Studio in this update include UI changes for details page, better offline data storage using HTML/JSON, ability to view data while designing and better support for Xamarin PCL profile.

Developers who haven't tried App Studio Beta yet can grab the installer here.