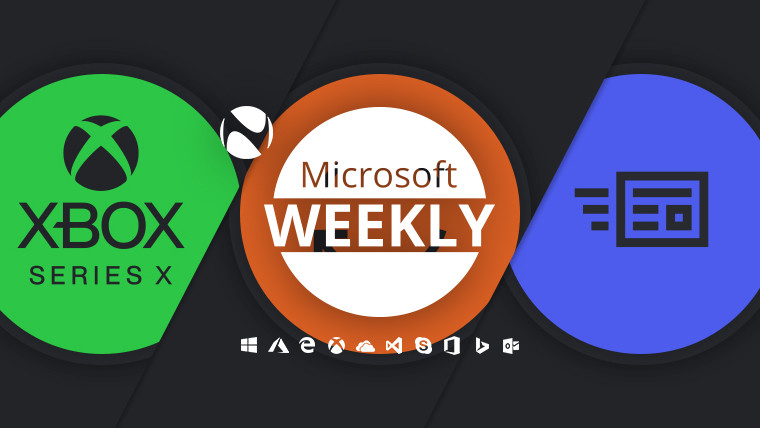 As we conclude the last full week of January, we’ll take a look at the various cloud-related announcements from Microsoft in the past seven days, as well as some leaked Xbox Series X images, and even a couple of Windows updates. You can find that – as well as the usual little bit extra – below, in your Microsoft digest for the week of January 18 – 24. 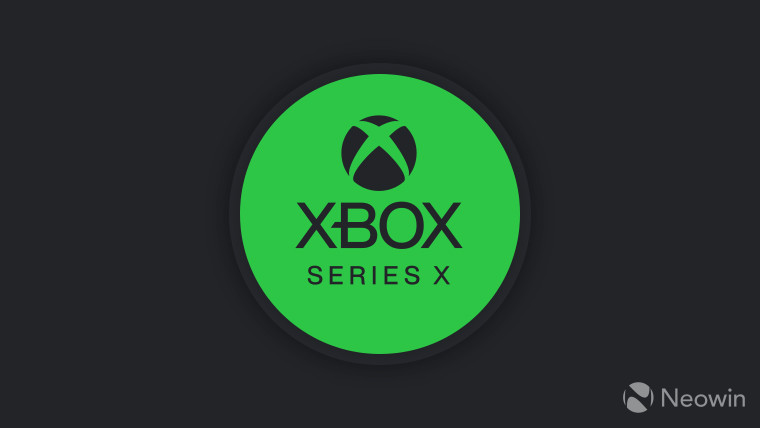 Among the big news of this week was the leak of a couple of Xbox Series X real-life pictures, showcasing both the front and the back of Microsoft’s upcoming tower-shaped console.

Putting the port debate to rest – at least for now – was an image of the back of the unit, featuring the expected venting slots, as well as two USB SuperSpeed Type-A ports, an Ethernet port, optical audio output, an HDMI port – but no HDMI in for fans of that, and a wide connector port, presumably for debugging. Also present are a rather nondescript hole at the top - probably for easier removal of the back panel -and a Kensington lock. These or the wide port connector will most likely not make it to the final version, since this is a prototype after all.

In further Xbox news, the Project xCloud preview is set to extend to Canada on January 29, along with its expanded lineup of games. Among the recently added titles you can find Halo: The Master Chief Collection, Sid Meier’s Civilization VI, SUPERHOT, Wasteland 2: Director’s Cut, and more.

Speaking of Wasteland, the remastered original is coming to GOG, Steam, the Microsoft Store, and Xbox One on February 25. It’s done in collaboration with Krome Studios, the same folks behind the Bard’s Tale Trilogy remaster. Unsurprisingly, it’ll also be available via Xbox Game Pass for those who have that subscription.

New titles that are already available for Game Pass on Console include Indivisible and A Plague Tale: Innocence, with the latter also being playable on PC. On January 30 you’ll be able to play Sea Salt on either subscription and Fishing Sim World: Pro Tour only on console. For PC players, ScourgeBringer is coming soon, though no date was given.

With all that out of the way, we’ll end with a trio of first-party news concerning testing and future games.

First up is Flight Simulator, the Alpha invite process of which is now well underway. Testers are also now able to update their machine specs in their profile, if they so desire.

Speaking of testing, Age of Empires III: Definitive Edition Insider tests should kick off in February, with multiplayer and matchmaking being the focus. In March, the pool of testers will grow, though the testing sessions will be shorter compared to those for the Master Chief Collection. In addition, a select few will be brought in to test single-player campaign missions. Both Steam and Microsoft Store versions of the game will be tested.

Last but not least, Ninja Theory has announced Project: Mara, a game leveraging its experience with the portrayal of mental health. The experimental horror title that seeks to “recreate the horrors of the mind” is being made by a small team inside the studio, separate from the folks behind Bleeding Edge and Senua’s Saga: Hellblade 2. No release date or platforms have been announced.

Patches for a price 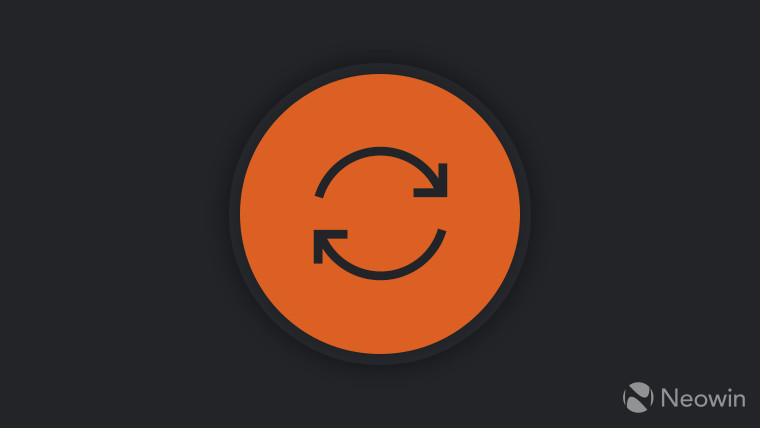 Though Windows 7 support ended on January 14, companies and businesses can still pay for Extended Security Updates (ESUs) for another three years, but the price will double each year. Undeterred by this, and probably because it is currently cheaper overall, the German Government has lined up a cool €800,000 for extended support this year. Even if that’s quite a bit of money, given the government’s 33,000 supported PCs, it works out to around €24 per PC. Keep in mind that migration to Windows 10 reportedly began in 2018.

Moving on to Windows 10, Microsoft released a number of updates for this latest Windows OS and its numerous versions. Not included are the oldest and newest versions (1507, as well as the 1903/1909 combo). The patches to look out for are:

Changing tracks to the Insider Program, the first SDK Preview following the 20H1 branch is now available. Build 19546 while available, does not seem to have any accompanying blog post, meaning it’s unclear if there’s really anything new. Furthermore, as Microsoft isn’t tying Fast ring builds to specific Windows 10 versions, there’s no way of knowing whether this release is in preparation for the next feature update.

The Fast ring got its very own Windows 10 vNext build, namely 19551, though it contained only a smattering of changes ranging from improving reliability to making icons more readable. Error 0x1900101 has been added to the long list of known issues, and testers may run into it when attempting to upgrade to newer builds. The other possible related error is 0x8007042b.

As far as the promised Windows Insider Progressive Web App (PWA) is concerned, that has been cancelled. Announced at Ignite 2018, Microsoft cited technical limitations as the nail in the coffin of its Insider PWA efforts. Unsurprisingly, the company is looking at other ways to deliver what it originally envisioned with the app.

Last but not least, the November 2019 Update is finally available to everyone following a couple of months of public testing. It’s being pushed out automatically, as well as to those who seek it. If you already have 1903 (May 2019 Update) installed, this will be the smallest update for Windows 10 yet, as it’s a simple enablement package. This is why it shares the servicing content with 1903.

Stories in the cloud 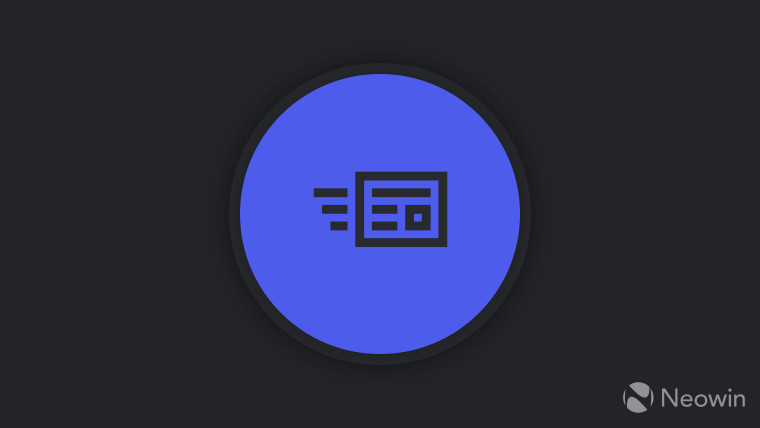 We begin this section with the Redmond giant’s announcement of the Applied Cloud Stories initiative. In either video or written form, Microsoft is inviting folks to share technical content relating to interesting experiences with Azure. These can revolve around open source, apps, DevOps + infrastructure, Big Data and Distributed Systems, Machine Learning and Data Science, as well as research. Submitted stories will be vetted by a committee of Azure engineers, industry leaders and more, with one stand-out performer being picked out for each of the described categories.

Prizes include the title of Recognized Community Contributor, custom art from Microsoft’s Director of Open Source Initiatives, Ashley McNamara, and much more. There will also be an opportunity to talk to the Azure engineering team about the cloud.

Speaking of, Microsoft has announced that it intends to open a new cloud datacenter in Israel, set to become operational in 2021. The first service to be available will of course be Azure, with other Office 365 services being available not long after launch.

Continuing on the subject of cloud, Azure Databricks has gotten HITRUST CSF certification, which organizations use to demonstrate their security standard compliance. For those not familiar, Databricks is based on Apache Spark, and essentially allows folks to make use of a streamlined analytics platform.

Arriving in late 2020 is a new Azure service dubbed Genesys Engage, which has been created in collaboration with Genesys. It’s aimed at contract centers and seeks to simplify the management of relevant data across all customer interaction channels.

Finally, in some potentially not too great news, Microsoft is looking to change your search engine to Bing if you use Office 365 ProPlus. This will be done via an extension called Microsoft Search in Bing, which is meant to provide access to Microsoft Search in the Chrome Browser. Utilizing the Microsoft Graph for insights, Microsoft Search allows you to search through not just the web, but also within your organization. Needless to say, the revelation via support document hasn’t gone over well.

The company is also testing Office Online ads in WordPad. There’s no denying that this is an effort to get folks to use the comparatively more modern and full-featured – as well as free – online versions of Office. It is worth mentioning though that these are currently in testing, and not rolled out to anybody. 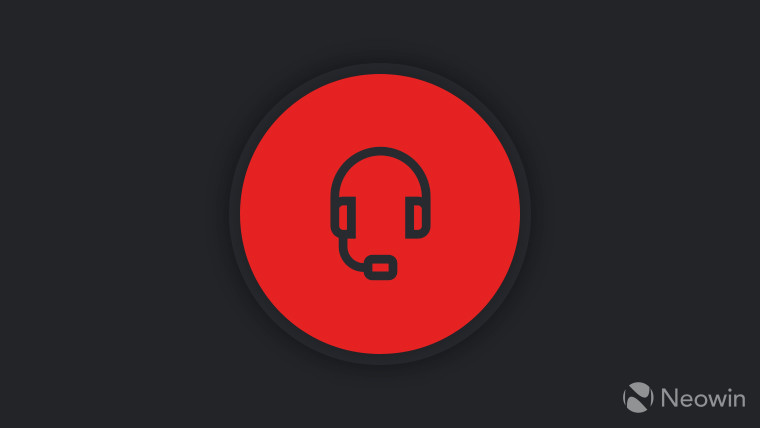 We end on a bit of a sour note, at least for Microsoft.

The company disclosed in a blog post this week that a database containing 250 million customer service records was exposed online due to a misconfiguration in the security rules. This happened as a result of a change made on December 5, with the database being picked up by the BinaryEdge search engine on the December 28. Following this, a team of researchers led by Bob Diachenko discovered the issue on December 29. Although it was the holiday season, Microsoft fixed the problem and secured the data by December 31.

The majority of the data was redacted, as part of the Redmond giant’s standard procedures, though some parts may have been left in plain text. These include email addresses of customers and support agents, IP addresses, locations, case numbers, as well as internal notes. Even though this could be used by ill-intentioned parties to impersonate Microsoft support agents, the company stated it found no such use of the data.

To avoid this in the future, the software giant is auditing its current network security rules, adding additional alerts for detected misconfigurations, and implementing more automated redaction. Customers affected by this issue will be notified.