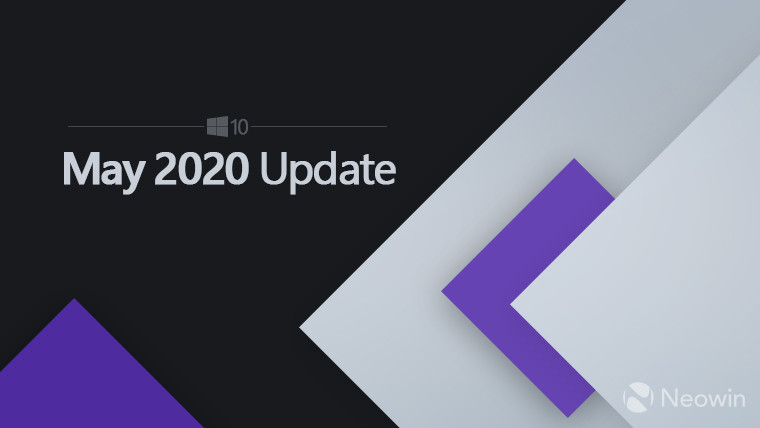 Microsoft released Windows 10 build 19041.208 to the Release Preview ring yesterday. The build is a new RTM candidate for the Windows 10 May 2020 Update (version 2004). The Redmond giant released build 19041to the Slow ring back in December and has ever since been servicing the update with cumulative patches, letting the OS cook for a stable release.

However, while one might think that since the feature update has seen multiple bug-fixing cumulative updates, the firm would be ready to release the update to general users early in May, preferably on Patch Tuesday, it looks like that is not the case. Mary Jo Foley of ZDNet reports (spotted by WindowsBlogItalia) that the May 2020 Update might be released broadly on May 28.

The update was reportedly slated for general availability on May 12, with the build starting to be released to OEMs and developers on April 28. However, those dates have been pushed back owing to a zero-day exploit that the firm wants to patch. As per the revised timelines, the software bits will now be released to OEMs on May 5, with developers getting their hands on the update on May 12. General availability is slated for May 28, 2020.

Since the May 2020 Update has seen multiple cumulative updates already, with a few more likely in the future with fixes for the vulnerabilities, the update will most likely be more stable, without containing rough edges at launch.