Microsoft's new Surface Laptop, which it announced this week, has already attracted a great deal of interest - a read through our hands-on first impressions should help to understand why - but some are more interested in what the company is planning to bring next to the mobile handset market. Microsoft's current global smartphone market share is far below 1%, while its phone hardware revenue collapsed last quarter to just $5 million.

It's been 15 months since the company last unveiled a phone, and there's been no sign of any direct replacements for its existing phone line-up. Microsoft CEO Satya Nadella raised the hopes of those wishing to see a new Windows handset, when he said this week: "I'm sure we will make more phones, but they will not look like phones that are there today."

Microsoft's Yusuf Mehdi, corporate vice president for the Windows and Devices Group, echoed those sentiments when he spoke to Bloomberg, saying: "We're not going to come out with another device that's someone's done". While his comments apparently referred to Microsoft's mobile efforts specifically, that's still an interesting sentiment, given how conceptually similar the firm's new Surface Laptop is to many other notebooks on the market. 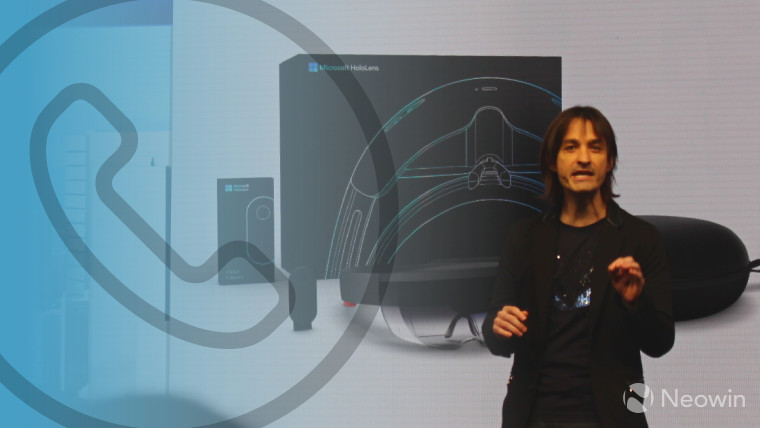 But Microsoft Technical Fellow Alex Kipman, best known for his development of the company's HoloLens headset, went even further, effectively declaring smartphones obsolete. "The phone is already dead," he said. "People just haven't realized it yet."

According to Bloomberg, Kipman believes that phones will go the way of the dinosaur as mixed reality technologies - such as HoloLens - mature, and become more viable as truly portable devices for a broad range of scenarios. And who knows? He may well be proved right, although it will surely take a while before that potential future can be realized.

For now, Microsoft is rumored to be working on a new class of mobile device, commonly referred to as the 'Surface phone' - although given this week's comments from Nadella, Mehdi and Kipman, that new device could be radically different from the smartphones that we currently know so well.