The Allen Institute for Artificial Intelligence (AI2) was founded in 2014 by Microsoft's co-founder, Paul Allen, with the mission of "contributing to humanity through high-impact AI research and engineering". Led by Dr. Oren Etzioni, a former Professor at the University of Washington, AI2 has just received an additional $125 million donation from Mr. Allen and announced its new endeavor, Project Alexandria.

Named after the Library of Alexandria, one of the greatest library in the world at its time, Project Alexandria will focus on developing common sense for artificial intelligence. According to AI2, even though artificial intelligence is currently capable of recognizing objects, it still cannot understand what it sees or manage unanticipated situations, as humans do.

In order to tackle this problem, Project Alexandria will use current artificial intelligence methods to aggregate data from images and text, via machine learning, and develop novel crowd-sourcing methods to "acquire common sense knowledge from people at an unprecedented scale". The goal is to create a "massive repository of knowledge", as stated by Dr. Etzioni, which will then be used to power other artificial intelligence applications. 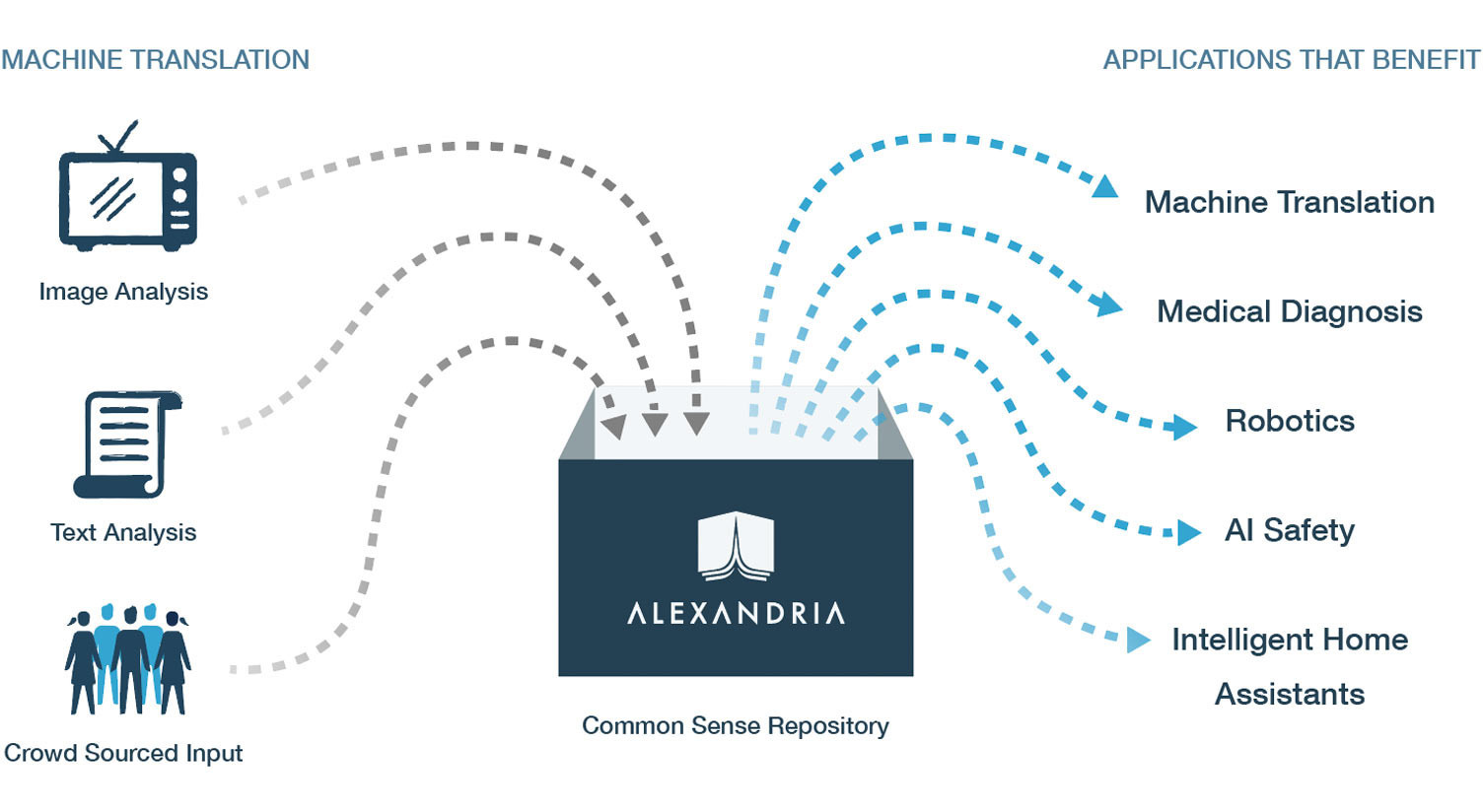 Also, Project Alexandria's repository and results will be made available to the full research community, so it can be used by projects outside AI2 and, perhaps, get other researchers and scientists involved with the development of the project.

Finally, the new donation from Mr. Allen will also help AI2 to fund its other projects, including Project Aristo, with the goal of developing the first "knowledgeable machine" about science, Project Euclid, with the goal of solving math and geometry problems, and Project Plato, with the goal of automatically acquiring knowledge from images, diagrams, and videos.