Microsoft co-founder Paul Allen left the company he helped to create in 1983, but he still keeps in touch with his former team members. This week, Allen and Microsoft Chairman Bill Gates decided to team up for a recreation of an early Microsoft photo from 1981. 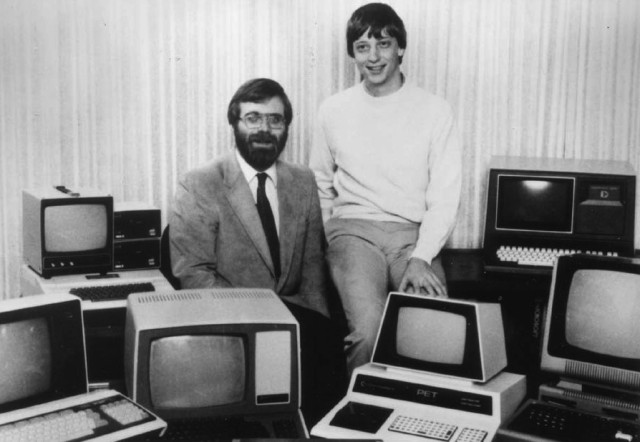 The new photo, which Allen posted on his Twitter page Wednesday, has himself and Gates once again surrounded by old school PCs. Geekwire.com reports that the new image was taken earlier this week at Allen’s Living Computer Museum in Seattle and its staff managed to collect the PCs in the original picture to make the new photo.

The occasion for this week's meeting was a celebration of computer pioneers at the Living Computer Museum, where folks such as Atari founder Nolan Bushnell got together to talk about the early days of the PC revolution. It's the same celebration where Allen and Gates showed off their very early resumes.

Allen was pretty harsh in his depiction of Gates in his 2011 autobiography, "Idea Man," but apparently the two men have settled any differences they have had with each other.