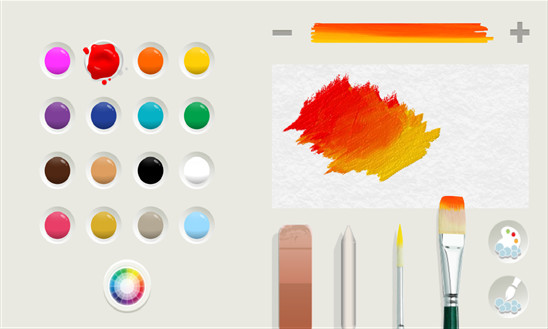 In May 2012, the same time that Microsoft launched the release preview of Windows 8, it also launched the Fresh Paint app, a digital drawing and painting tool that was first developed as a Microsoft Research project. Now Microsoft has ported the app to Windows Phone 8, and it's available for download immediately.

As described on the Windows Phone blog, the Windows Phone version of the app has most of the same features of its Windows 8 counterpart. It has a number of simulated brushes that can be used to create digital watercolor paintings, including ways to mix paint colors together.

One of the interesting additions for the Windows Phone 8 version is that it used the Lens feature of the smartphone's camera to turn photos into paintings. You can also share your Fresh Paint creations with others via email or text messages, or you can store the image onto a SkyDrive account. The app requires a Windows Phone 8 device with 1GB of RAM, so Windows Phone 7 users and low-end device owners are out of luck.

Microsoft may be planning to release an updated version of Fresh Paint with a number of new features for the launch of Windows 8.1, according to some job listings that were first reported in March. Those same job listings also indicated that the Fresh Paint development team may expand their efforts to make even more apps using the Fresh Paint engine "from sketching and journaling to 3D experiences like clay and pottery."