Now that Microsoft's Surface has been fully revealed and detailed, there has been a wealth of information on the Windows RT tablet over the past day or so. To make things a little easier for those interested in the Surface, we've collated all the information available into this one article, making it easy to see all the necessary info before you make a purchase. 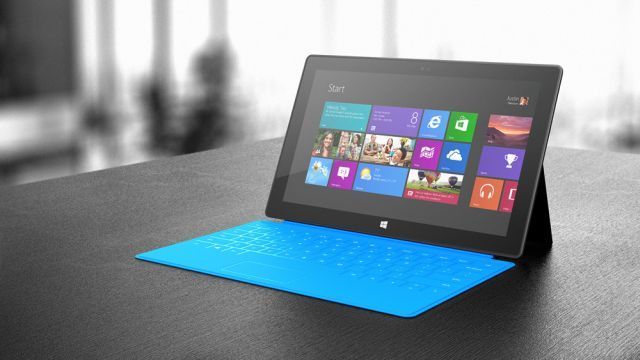 Want to know what powers the Surface? Check out the specifications table below to see.

The Surface 32 GB will include around 20 GB of user accessible storage after formatting and OS installation is factored in.

To see Microsoft's reason behind the display resolution of 1366 x 768, check here. Also, you should check out the comparison between the Surface RT and Surface Pro so you can see if you perhaps want Microsoft's beefier Windows 8-powered tablet when it launches in just over 90 days time.

There will be eight markets that the Surface will be available in around the time of launch, and we've collated them below with their respective release dates so you know when it's coming to your country. 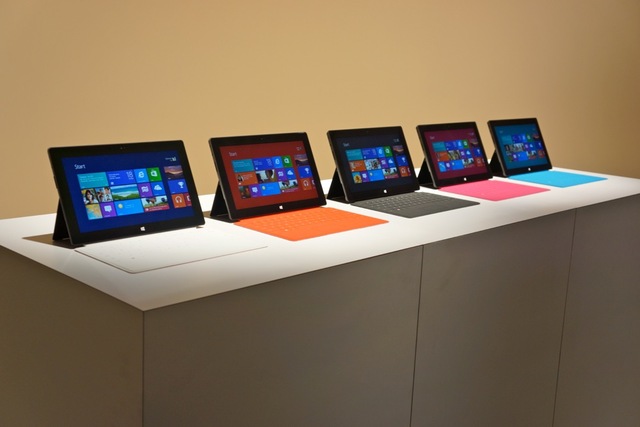 Naturally the prices for the tablet varies between the different territories, as do the accessories such as the Type Cover and Touch Cover. Below we have a table of all the prices for the Surface throughout the world, and included the premium you'll pay (compared to the US price converted into local currency) when purchasing the Surface in your home country.

Note: United States prices do not include tax, however citizens do not generally need to pay tax for online purchases. In Australia, the UK, France and Germany, sales tax is added unavoidably into the listed value before sale thereby increasing the cost. Blame your country for the additional cost of buying a Surface due to tax, as the mark-up without tax is around 5-8% for all territories.

Prices for China and Hong Kong are not currently available, so check on Microsoft's Surface site for your region when they update it with pricing and availability information

→ Purchase a Surface from Microsoft here

Several official Microsoft-provided accessories are available for your Surface that you can buy from the pre-order page.

Touch Cover: This one of two covers that magnetically affixes to the shell of the Surface, providing "ultraslim pressure sensitive" keys as well as protection for the Surface's display. The Touch Cover comes in five colors: white, black, red, cyan and magenta. It's included with the purchase of the $599 32 GB Surface, and the $699 64 GB Surface, or available separately for $119.

Type Cover: This cover is only sold separately for $129, and also magnetically affixes to the Surface in a similar manner to the Touch Cover. It improves on the Touch Cover by adding physical keys as opposed to touch keys, which will improve the feedback and make it easier to type. It's only available in black at this stage.

Surface HD Digital AV Adapter: This adapter connects to the proprietary video out port located on the Surface, and converts it into HDMI. The adapter is not included with the tablet and costs $39.99

Surface VGA Adapter: Like the HD Digital AV Adapter, the VGA Adapter converts the proprietary video out port into a VGA port you can connect to projectors among other things. The adapter is not included and costs $39.99.

Surface 24W Power Supply: Naturally this is the power supply which is included in the box, although you might want to purchase a second one for $39.99. It affixes to the Surface via a magnetic clip, making it easy to chuck your tablet on the charger.

Other Things of Note

While the Microsoft Office 2013 Home and Student RT Preview is included on the device at no extra charge, it is not licensed for commercial use. This means if you want to use the software in your workplace your company might need to purchase a commercial license, which is included in either a subscription to Office 365 or a purchase of Office 2013 Standard/Professional Plus. The license will not change the feature set of Office, which includes ARM versions of Word, PowerPoint, Excel and OneNote.

Details for the Windows 8-powered Surface Pro still haven't been revealed, with an estimated release of January 2013; Microsoft claims it will cost the same as ultrabooks, indicating around $999 for the base model.

While the Surface with Windows RT includes a full desktop mode similar to Windows 8 on other machines, it is not compatible with traditional x86 apps that make up the majority of Windows desktop apps. Developers will need to re-code and recompile their desktop apps to run on ARM-based machines, however apps in the Windows Store will always be able to run on Windows RT.