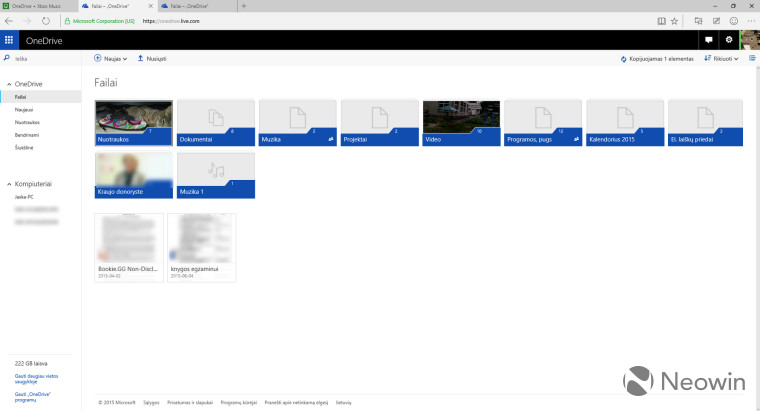 It looks like Microsoft is in the process of rolling out a new user interface for OneDrive and as you can see in the image above, the company has updated the interface with new icons and a cleaner layout. While the new design is not currently available to all users, a handful of individuals have sent us tips showing off the updated interface.

You can see the new folder icons which look much better than the current design and the other elements seem to align better with the direction that Windows 10 is headed in.

For reference, you can see the current layout that most users are seeing below.

Microsoft is in the process of overhauling nearly all of its products' UI ahead of the Windows 10 release in late July. The company is working to make sure that all of its assets have the same design language as Windows 10, which is why we are now seeing the online versions of its app match the UI we have seen in the technical previews.

In the past week or so, we have seen the company update another one of its key products when it began letting users chat using Skype on the web.

No word on when this layout will launch for everyone, as it could still be in the process of testing. But our tipsters are reporting no major bugs in the layout which means it could arrive very soon.

Thanks for the tip Jaska!